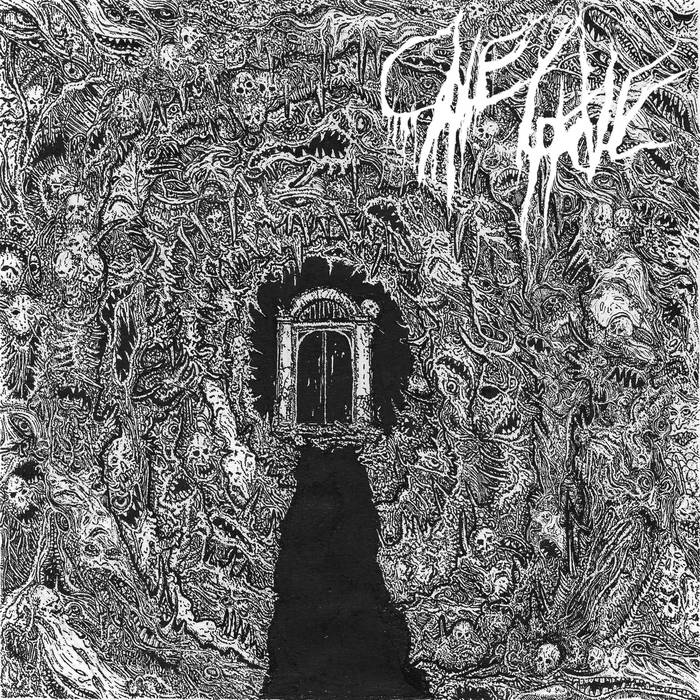 Trio based out of Asheville, North Carolina, released their second demo for 2020 titled “Cavernous Disseminations”. Sound of the album can be described by the title alone, a reverberant expansive sound that resonates within a hollow subterrane. One of the shorter demos I’ve come across, features 3 tracks only gives us roughly over 7 minutes play time.

Production is roughed up in all the right places, giving this such a genuine, raw, filthy touch it deserves. In the light of pioneers like Incantation or Autopsy, also fit along for fans of Fetid, Krypts, or Ungergang. Artwork shows a detailed pathway thats embedded with skulls and creatures mouths, leading up to a doorway, left wondering what’s beyond the inverse. Intro track “Purulent Rain” starts off fast tempo then deliberately gets sluggish and features keyboard that jells with guitar work and Wrathbones swampy vocals effortlessly. “Shrine of Needles” is a short, sweet and mainly prominent drumwork by E. Maneval, makes you wish it was a smidge longer to jam, especially with the guitar work by the end. “Abyssal Undoing” dives into a hellish downplayed tempo, a simple groovy OSDM styled guitar riff that’s nostalgic.

I can only hope they’ll be more to come soon! (And maybe with a longer track listing) (Tori Belle)