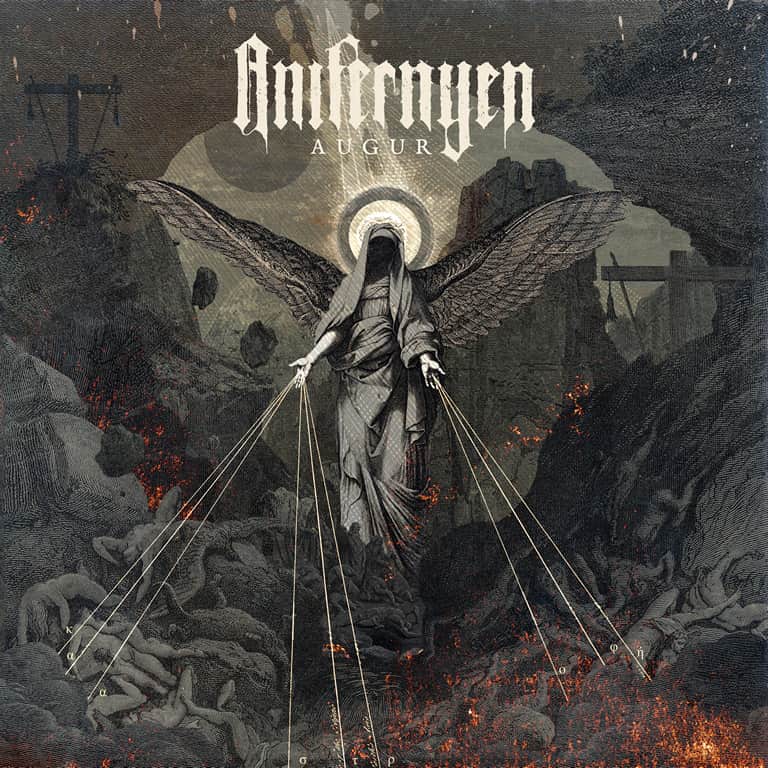 It’s curious how everything I’ve read about Anifernyen at some point mentions the meaning of their name, but, hell, I have to agree that it really is something. Taken from old breton texts to Santo Tirso, Portugal, it translates to „the cold hell“ – which fits the sound they long to achieve.

Don’t confuse that cold furiousness with common and out-of-date Black metal releases, though, because in their debut full-length Augur this band brings a Black and Death piece to the table, strong on melody and atmosphere. After an 11-year break from releasing an EP, this record is to be officially out on September 9th by Ethereal Sound Works.

Augur is a tale of apocalyptic end times, devastation and ruin presented in a, how I at least see it solemn manner – its vibe is very close to the one you get visually from the album cover image. Given the concept, Anifernyen don’t go for fitting subgenre criteria, but vice versa – for using what the genres have to offer in order to fit that into their idea.

By incorporating many elements to their songwriting, this record’s got a constant, at times dramatic, sense of something going on. Ranging from highly melodic riffs to filling Black Metal ones, trough switching prominent vocal techniques, careful yet fun solos, relevant tempo changes, to its production being purposefully and fittingly imperfect. Their sense of melody is great, yet they don’t make it catchy or memorable at first, but use it as a tool to give the record a concept and narrative. A really nice listen, overall. (Lana)