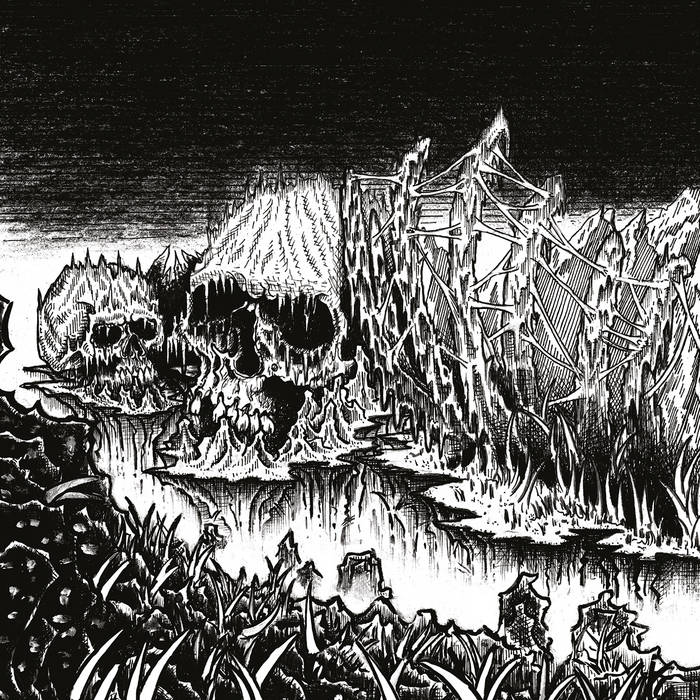 I recently reviewed a single release by SZUM, a band of Polish heritage that reside in Yorkshire in the UK. I bring this up because their vocalist Cin also provides the vocals for Belgian Black/Death Metal band Abrahamic Liars. To date, this 2020 released debut album entitled ‘Genesis’ is the bands only offering, and although originally a self-released digital only affair, the album has since been released by fellow Belgian label, Genet Records.

Whilst the record books will show this as the bands debut album, at only twenty four minutes in length I’d be tempted to call it an EP. Nevertheless, album or EP, ‘Genesis’ is an impressive opening gambit from Abrahamic Liars, who deal out punishing salvos of aggressive Blackened Death Metal interspersed with a groove drenched flowing style. That means that Abrahamic Liars can be blast beating away until their hearts content, but their bass and guitar section are busy laying down some gurgling bass tones and deeply rhythmic guitar melodies. Speaking of gurgling bass tones, the bass solo to open ‘Votre Dame’ does its very best to loosen your bowels before the band kick into a more direct and violent bout of musical aggression, with steely guitar rhythms running through the undercurrent of the track.

A word on the vocals; Cin has a raw, abrasive quality to her style that adds a real element of urgency to the bands sound, but also has the vocal range to unleash more of a deathly growl when the moment calls for it. I’m also really impressed with the bass playing talents of Beuk, who can play heavy but also helps to build a song subtlety such as his contribution to the far more cautious and dark sounding ‘Schijnheilig-Schijnveilig’. In truth though ‘Genesis’ is a high quality, if short album throughout, and one I hope the band soon follow up.