Suppression – “…our intention is not to lose the raw essence that bands had in the 90s and also to be able to contribute a unique vision.” 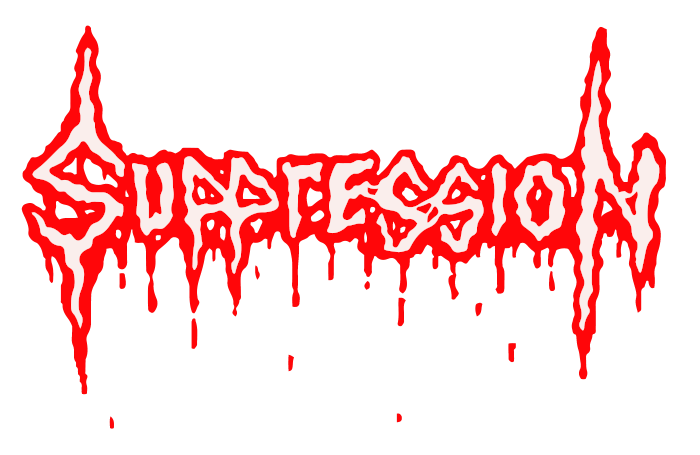 Suppression from Chile made some impression with their “Repugnant Remains” EP and names like Pestilence, Atheist and Skeletal Remains were dropped in the review which was published earlier this year. Why not give them some space to talk about the EP and the forthcoming new release. (Ricardo)

Although the band has been very active since 2019, Suppression dates back to 2014 with Pablo Cortes (bass) and Claudio Rojas (voice), both got together to record the ideas that Pablo Cortes had, in a demo with programmed drums, of which only 10 copies came out (maybe less) independently, after this the band went into recess because each one was dedicated to their main projects, which at the time were Ripper and Putrid Yell (respectively), after a long time in 2019 Pablo Cortes and Daniel Poblete (guitars) left the band Ripper, and decided to dedicate themselves 100% to Suppression, so they contacted drummer Felipe zará, who had been drummer in different projects of the Death Metal scene in Chile, like Innana, Totten korps, Trimegistro, Etc .. with the 4 members in the band, the first EP “Repugnant Remains” is recorded, this same year Felipe decides to leave the band, so we contacted the drummer Christopher Zapata, a  very talented drummer who played drums in some suppression rehearsals back in 2014-2015, currently the four musicians of the band are from a small town called Peñaflor on the outskirts of the city of Santiago.

The taste for classic Death Metal has always been in us, since we were kids, bands like Suffocation, Pestilence, Gorelust, Obliveon, Atrocity, Suffer (just to name a few), have been ringing in our ears, currently we have been fascinated with bands like Gorguts (especially with all the albums post “Obscura”), Blood Incantation, Cist And Skeletal Remains.

What strikes us about the style is the brutality and musical wealth that can be achieved, it is a genre that gives many freedoms when it comes to composing, our intention is not to lose the raw essence that bands had in the 90s and also to be able to contribute a unique vision. 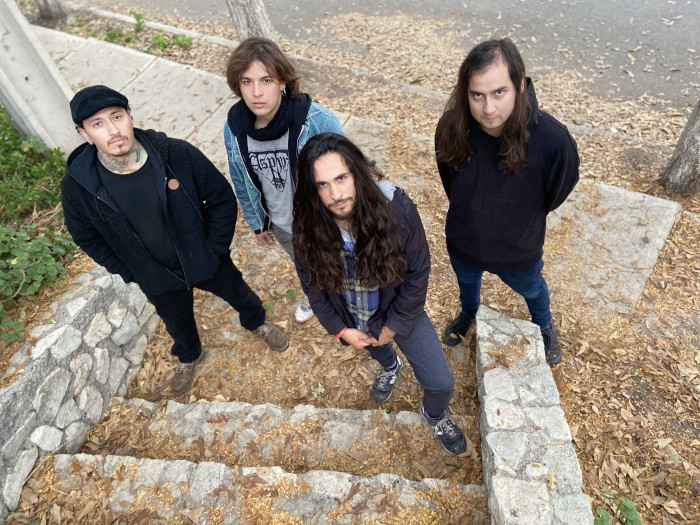 Lets go back to your first demo, “Human Rotting Flesh”, which was released back in 2012.

That demo is practically a myth, we recorded it at Lion´s Roar Studio, when Cristian Leon was starting to put together his studio, he had a small audio interface to record bass, guitars and voices, so the drums were programmed. We did not think much about that demo, we had the intention of recording material and it was done, just simple as that… We still like a lot the songs in that demo, in the EP “Repugnant Remains” you can hear the song “Human rotting flesh” rerecorded, and in our new album we are working on you will listen to the song “lifelessness” rerecorded too. The reaction of the demo was very positive, because it was a Death Metal that was no longer being done at that time (in Chile obviously). After the non-activity of the band, this demo and the band became almost a rumour, now we hope to be stable, because this band is the main project of the 4 members. 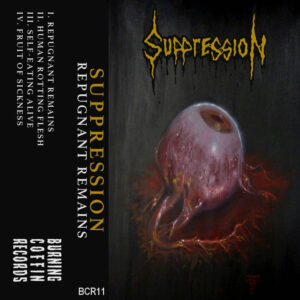 And what about the EP “Repugnant Remains” (Cassette, CD & 7″ released by Burning Coffin Records, Unspeakable Axe Records and Apocalyptic Productions)?

The EP was recorded in parts; the drums, guitars and bass were recorded at “Maestro 3 Studio” and then the solos, vocals, mixing and mastering at Lion´s Roar Studio. We are very satisfied with the result, obviously in our obsessive heads there is always something that can be done better, these details leave lessons for future productions. Anyway, we are very proud of the production because it has opened doors to sign with Dark descent and Unspeakable Axe Records.

Something very curious about the artwork is that in Chile there was a period of big protests against the current government, maybe the biggest protest in the history of the country. so we were going through a very critical moment as a country, many people were persecuted and others were assassinated, we were about to change the constitution that governs the state, Within all this context, the human eye formed a symbol in the country, because the police mutilated many eyes in the protests. They indiscriminately fired their pellets into people’s faces.

We did not do the artwork thinking about this, we did the eye thinking about the character we were portraying in the story within the lyrics of the EP. And the painting was done before the entire movement began in Chile, so many people later, associated the cover eye with the social revolt, we always say that we did not do it thinking about that, we were only prophets capable of predicting the future.

And you’ve released a new demo not long ago, right? The self-released “Misunderstanding Reality (promo 2020)”.
Until this single, the person who takes credit for the composition is Pablo Cortes (bass) and the lyrics were made by Pablo Cortes and Daniel Poblete. The vast majority of the suppression material are songs made in the period of 2014 and 2018. Recording this single arises from the need to search major labels that could be interested in our music, also wanted to try our new drummer Christopher Zapata in the studio. The cover we use here is from a photographer we deeply admire, his name is Joel Peter-Witkin, and obviously we do not have the license to use it hahaha.

What is the theme of your lyrics?
The lyrics are written between Daniel Poblete and Pablo Cortes, at first we wrote Gore stories influenced by bands and cinema that we listened and saw to when we were younger, we wanted to talk about something shocking and rotten, by this time we thought that the lyrics were something to guide music, so it worked quite well. Nowadays we have rethought the meaning of the lyrics, and this can be seen reflected in the single “misunderstanding reality”, we want to talk about brutal themes that are far from fantasy, sometimes reality can be more brutal and shocking than fantasy… we want to talk about the human being, his null relationship with death these days, dissociative behaviors, delusions, personal experiences, analysis of the human mind and its fragility.

How did you get in contact with your label Unspeakable Axe Records?
We contacted them, Daniel and Pablo had worked on that label with the band Ripper, Pablo was the one who composed almost all the music for the album “Experiment of existence”, they already had a good impression of us, we greatly admired the work of these two labels (Unspeakable Axe Records, Dark Descent Records).

And yes! They are going to release our first album on CD and vinyl format. we are just waiting for the quarantines to stop in our country to start recording.

New material! And as you said…you’ve already written new ones…And have you other plans?
Yes! The first album is completely written, as I said before, we hope that the situation in Chile improves to be able to rehearse and record, we are very stressed due to the fact that we cannot do that. For this first album we hope to continue in the line of Repugnant remains. and we can also announce that the art will be in charge of the great Italian painter Paolo Girardi. Currently Daniel and Pablo are working on the music for the second album … we are already composing the first songs, in this album you will be able to hear a difference in the musical composition, for now we want it to be a surprise, because there is still a long time to make the second album happen, you know… We have to edit our first album first haha

We are looking forward to touring Europe, after our first album comes out we want to do some European tour to promote it, we are going to wait for the reception of the public and do everything possible to make this happen … 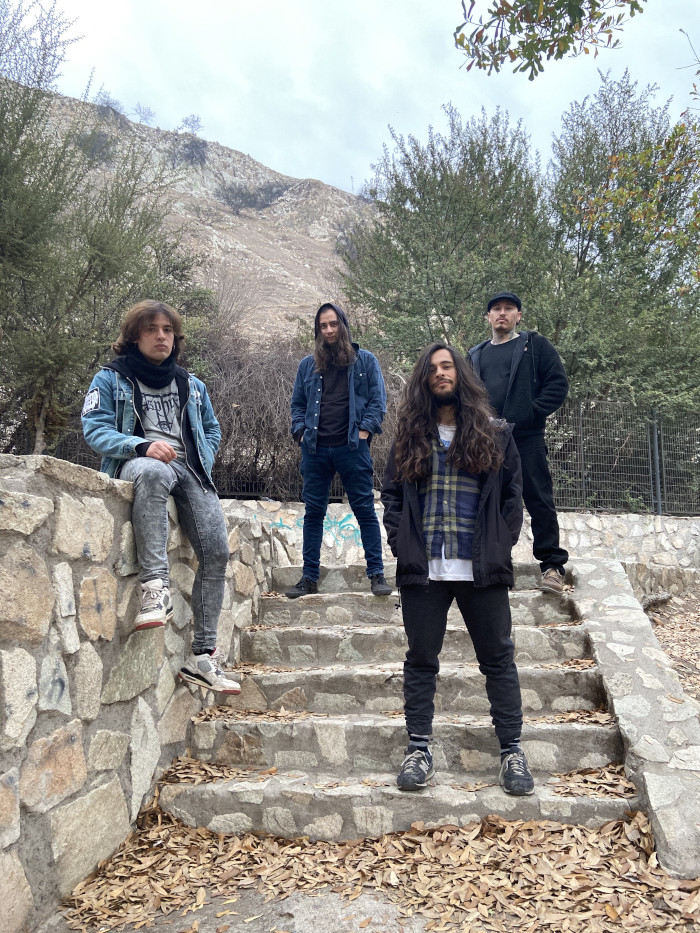 Some of you are involved with acts like Ancient Crypts & Putrid Yell to name a few. Any news on them to tell our readers?
Yes, basically, Pablo Cortes is playing with Ancient Crypts. For now, as everyone knows, music in general is detained due to the coronavirus, which cancels out the possibilities of being able to get together to rehearse. A.C are in the process of composition to record in the future. As for Claudio Rojas, Putrid yell is in a period of inactivity but soon they will release their first LP.

Are there any bands or albums of your recent playlist you would like to mention? Any other bands of your region of Chile that are worth mentioning and to check out for our readers?
Yes, we have some in mind right now…
Blood Incantation – The Hidden History Of Human Race
Cist – Frozen Casket
Diskord – Oscillations
Demented Ted – Promises Impure.

Here in Chile we have some bands like Calvario, Blood Oath, Mortify, Soul Rot and Inanna just to name a few…This is in the field of Death Metal, because we are taking influences from other styles too (without losing the classic Death Metal essence).