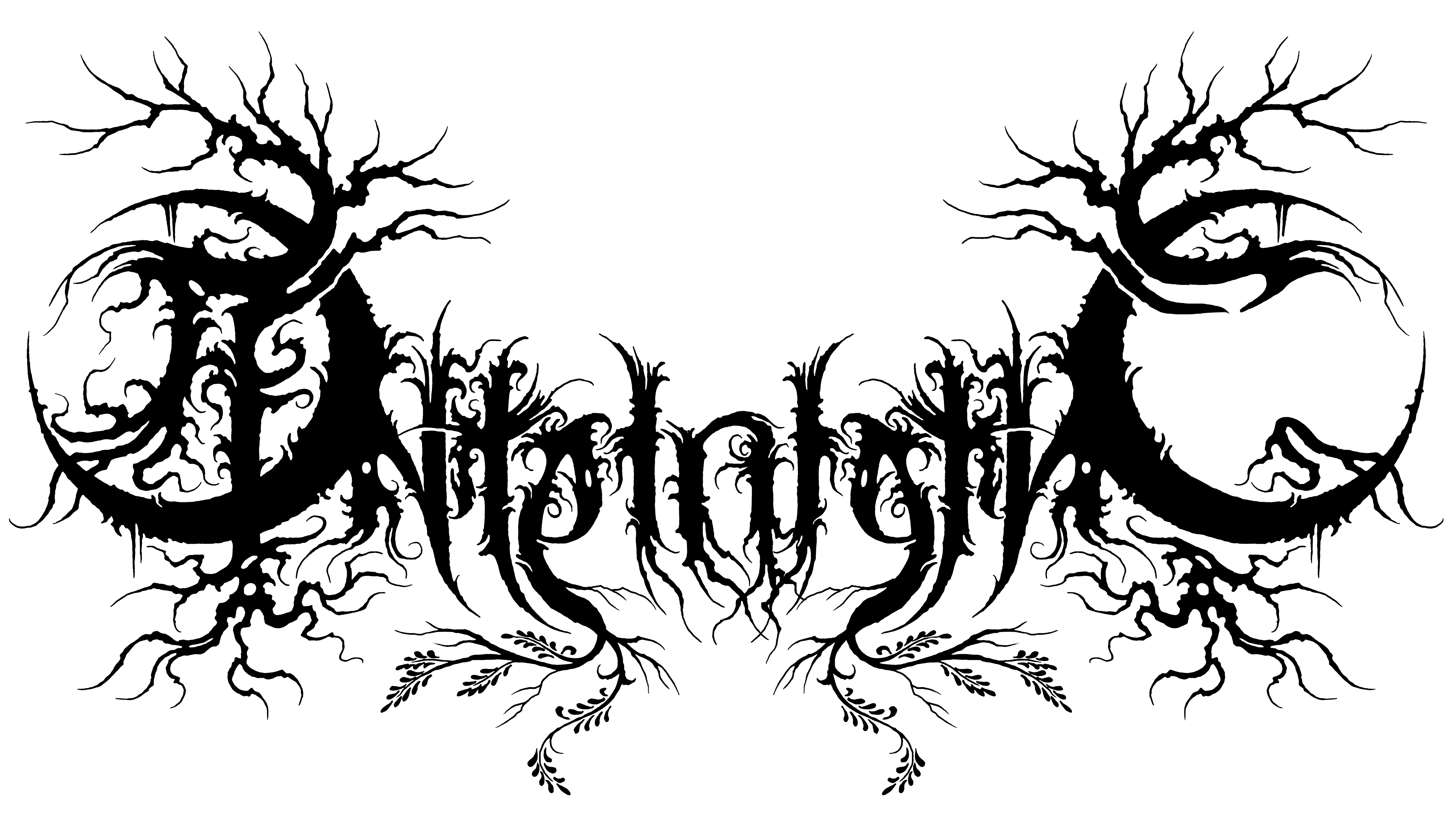 One of the UK’s most exciting, artistic and talented Black Metals, Ante-Inferno are currently riding the waves of their new album release. I spoke to K.B. about ‘Antediluvian Dreamscapes’, musical progression, strange Northern towns and much more! (Luke Hayhurst)

Greetings to the members of Ante-Inferno. You guys are supremely busy these days, so I appreciate you taking some time to get back to me. Are you able to divulge what you are busy with?
Album three.

You are fresh off releasing ‘Antediluvian Dreamscapes’. My first question regarding the album is, who designed the artwork? It’s unbelievable. What instructions did you give to the artist and how happy are you with the result?
The artist is Stefan Todorović. We gave Stefan a rough outline of what we wanted, which was something roughly in line with the lyrical themes present in the album. The cover art most strongly links up with the song, ‘Beyond the Immemorial Veil’, in terms of the visuals it depicts. We suggested a lonesome figure standing on a barren moorland landscape, with a great portal in the sky seeming to lead to another world. But what Stefan did with that brief was really awesome.

I found that the lyrics on ‘Antediluvian Dreamscapes’ to be focused on death, a mixture of thoughts on life after death but also the very real, down to earth, physical elements of death and its aftermath. Are you a band who prefer to let the audience decipher your lyrics in their own way, or would you rather let them know the exact message behind your words?
I have no problem with people interpreting the lyrics in their own way. After all, the ambiguity of the lyrics naturally invites interpretation. But yes, death and morbidity feature prominently, and this is something I have greatly expanded on in the lyrics for the next album, in which death, suicide, putrefaction, the afterlife, depression, and the contemplation of one’s own demise are entirely the focal points. On “…Dreamscapes”, I wanted to examine the terrible, corruptible, and cruel nature of humanity throughout the ages, from the darkest past to the distant future. The watcher of these crimes and miserable occurrences is a discrete individual, disconnected from time and place in the manner of one dreaming. In “Fane”, and in “Antediluvian Dreamscapes” also, I was very much inspired by William Hope Hodgson’s The House on the Borderland. It’s a work I repeatedly return to, and a fine example of creeping, macabre horror.

Stylistically, I found a great difference between your debut album ‘Fane’ and this year’s opus. Also, whilst I did think there were some similar themes on both albums, the artwork also differed greatly. How conscious were you that the two albums should be very different in sound and presentation? Was it even a conscious decision or something that occurred organically?
I would say that “Fane” was the best music we could create at the time, and the following album demonstrated a continuing advancement from that starting point. I wouldn’t say the difference in sound was deliberate, except that we knew the second album had to be better and we did not want to recreate the first. I tend to go with whatever comes out of my head, honestly; I find it difficult to consciously write in a specific style or direction. 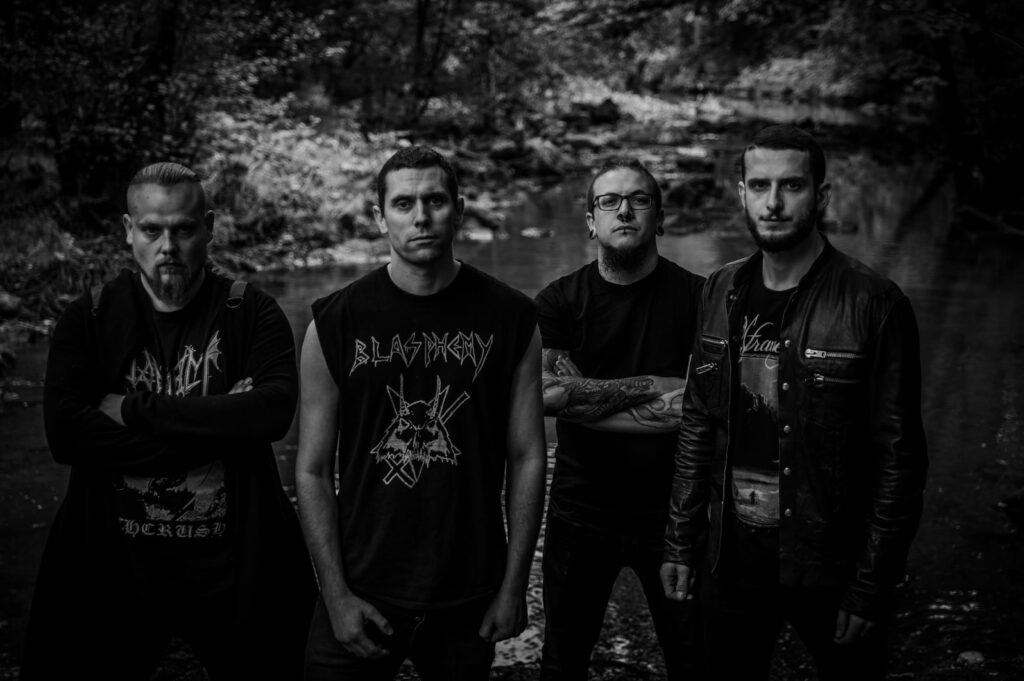 Can you tell me where the name Ante-Inferno comes from and how you came to choose it? I’ve been wanting to know for ages.
The name is inspired by a passage in Dante Alighieri’s “Inferno” and refers to that realm in the underworld which cannot be considered Hell proper, but which is still an accursed, dank and miserable domain to which souls who did not accept Jesus Christ are bound. A world of Pagan thinkers and philosophers who lived good lives yet are now cursed to an existence of despair and degradation just beyond the gates of Hell – spared the agony of the flaming fire but left to a psychological torment that can never cease.

I mentioned in my recent review that Scarborough holds a special place in my heart. Rose tinted glasses are all very well, but I know these days it’s rather chav infested. How on earth did you manage to gather four like-minded people in Scarborough of all places and form a Black Metal band?
Well, only Gary and I live in Scarborough. Nate and Ben live in Leeds and Hull respectively, so perhaps there’s your answer. Like all small, Northern towns, Scarborough is full of wankers. But my existence nowadays is so enclosed that I’m barely required to register them.

I once attended a rock festival in Scarborough Castle. It was a decent venue if you could tolerate the wind. Any chance of Ante-Inferno or Reaper setting up a Black Metal even in the castle? Any plans for gigs in the future in more unorthodox locations, like Fellfoot in Cumbria for example?
In short, yes. But you would have to ask Reaper Agency about that. 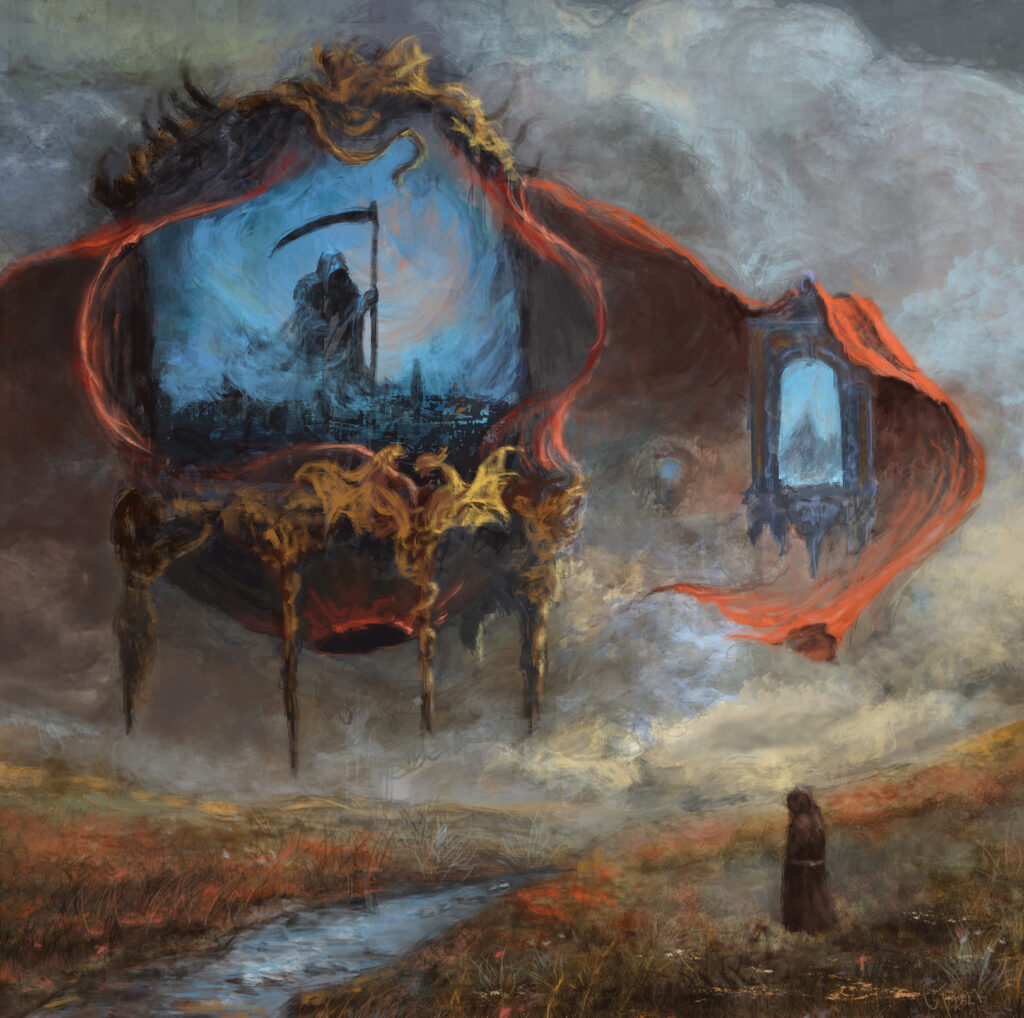 I always like to ask this question. Do you follow the UK extreme metal scene closely? What bands or labels do you feel people should be paying attention to?
Personally…yes and no. I am a voracious devourer of black and death metal CDs and records, but I don’t make pains to always seek out the newest bands or the hottest, new, best-selling albums. My willingness to discover new music is also indelibly tied to my mental health. Lately, I have been all-but incapable of listening to any music whatsoever. Depression is a world beyond even the darkest and most sombre music, where only emptiness reigns. So, what UK bands have I listened to, currently, bearing in mind I only listen to bands whose records I have bought in physical format? Heathen Deity, Burial, The Meads of Asphodel, Mithras, The Wolves of Avalon, Forefather… are any of these bands particularly new or topical? Nope. But I don’t really care. Actually, one slightly more current band I’ve listened to of late is Ethereal Shroud. Very good, emotionally driven black metal with a lot of depth. There are others, I’m sure. But my weary mind draws a blank, I’m afraid…

That’s all I have for you. Thanks for taking the time to answer. I shall let you have the final words.
Thanks for the interview and the support. We appreciate it greatly.