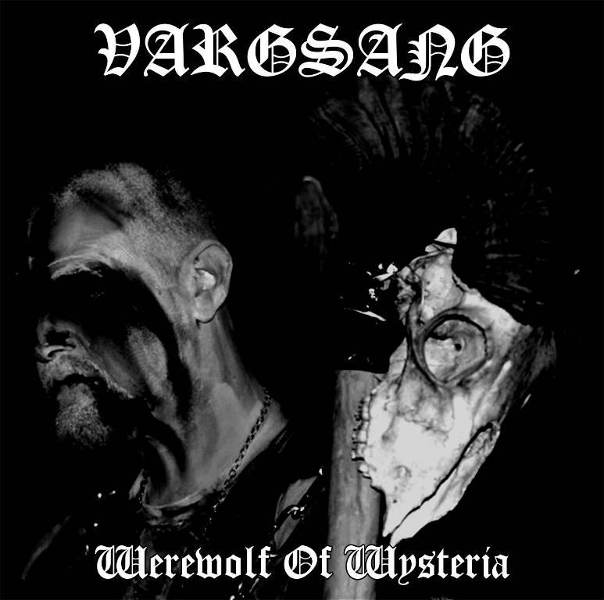 After parting ways with German black metal hellion Graven, main-man Vargsang went on to form a one man with evil intentions band that he called Vargsang, which means “Wolf’s Song” in German. A drummer, Goatruler of Thurisaz fame, joined the ranks after the last CD “Throne of the Forgotten.” Now, the terrible two have released “Werewolf of Wysteria,” summoning the greatness of black metal’s early beginnings. Here you’ll discover classic styled black metal; raw production and wintery, heavily forested moods.

After the Transylvanian funeral bells ringing throughout the brief “Intro,” the first full track “And Death Calls From Beyond” begin with a hoarfrost tune of melancholic guitars feeding into a demonic atmosphere. Each track features clear guitars with just enough fuzzed elements to set the mood, playing riffs that harbor a very grim sheen. Vargsang’s vocals are incredible and perfect for this type of music. His screams are of a demented man on the prowl. You can feel the moist and cold dirt of the ground thrown against your face in “Night of the Forlorn Creature.” This one cuts off with severing music and an agonizing cry. On “Cold Dark Thoughts of Suicide” the slow guitar sounds reluctant to speed up and is accompanied by the echoing vocals, melts this song into a bleak, fuzzed dizziness. “Cursed By Hatred and Death” is the safety being turned off and the following track “Werewolf of Wysteria” is the bullet being fired into your head. The dusky “Gothic-Slut Impalement” and its calmer tune is heard alongside wails of livid confusion at its closing, but the song is generally fast and energetic.

Despite forming in 2002, this album is like something straight out of the era of black metal’s emergence. Had this album been released in the early nineties, it would now be a coffin-scented classic. This album is not repetitive, but does have a sort of blending quality. Containing the aggression of Bathory and the groove of Darkthrone, “Werewolf of Wysteria” is for all who want dismal songs torn from the past that hold up high, a sword of originality. (Yulon)