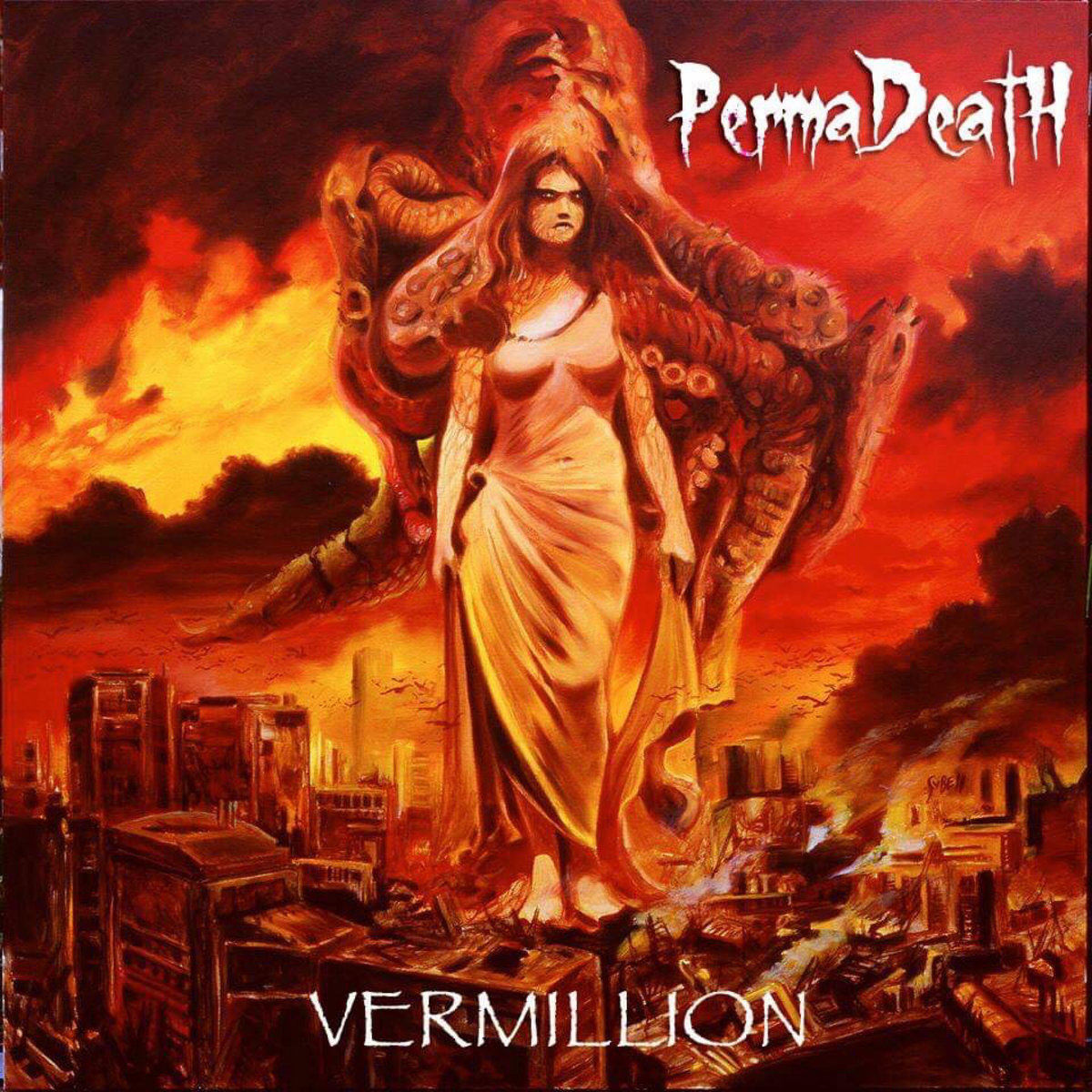 In 1996 Edge of Sanity did it with their album “Crimson” and again in 2003 with “Crimson II”. Now 16 years later it’s PermaDeath’s turn to release a full-length album with just one song. A song with a length of 37 minutes packed with progressive Death Metal.

Håkan Stuvemark of Wombbath and Rogga Johansson from Paganizer are mainly responsible for their debut release ”Vermillion”. But they are not alone. They were supported by some guests, for example Jon Skäre on drums, Lars Lerta Palmqvist from Scar Symmetry, Thobbe Englund (ex-Sabaton) and a Wombbath-colleague from Stuvemark Jonny Pettersson.

A mystical intro leads to a Swedish progressive Death fest with a great variation of riffs and melodies. The music varies between head banging and mind twisting parts. One moment your head is constantly moving to the beats and in the other you just sit back and let the music swirl into your brain and overload it with emotions. That’s just for the music. The vocal performance which commutes between excellent singing and furious roars matches perfectly. Both together create a perfect progressive machinery that unfortunately ends after 37 minutes, but everything has to end. Luckily we can start all over again.

It was a very wise decision to have Edge of Sanity as a role model. Like they did with the Crimson albums, PermaDeath made an album with a song over 37 minutes without getting boring. The risk that the listeners drift away can be obvious, but not in this case.