Viacrucis – “By selecting texts from this historical period, it is obvious that it was primarily the extreme violence perpetrated in the name of God that captured our interest” 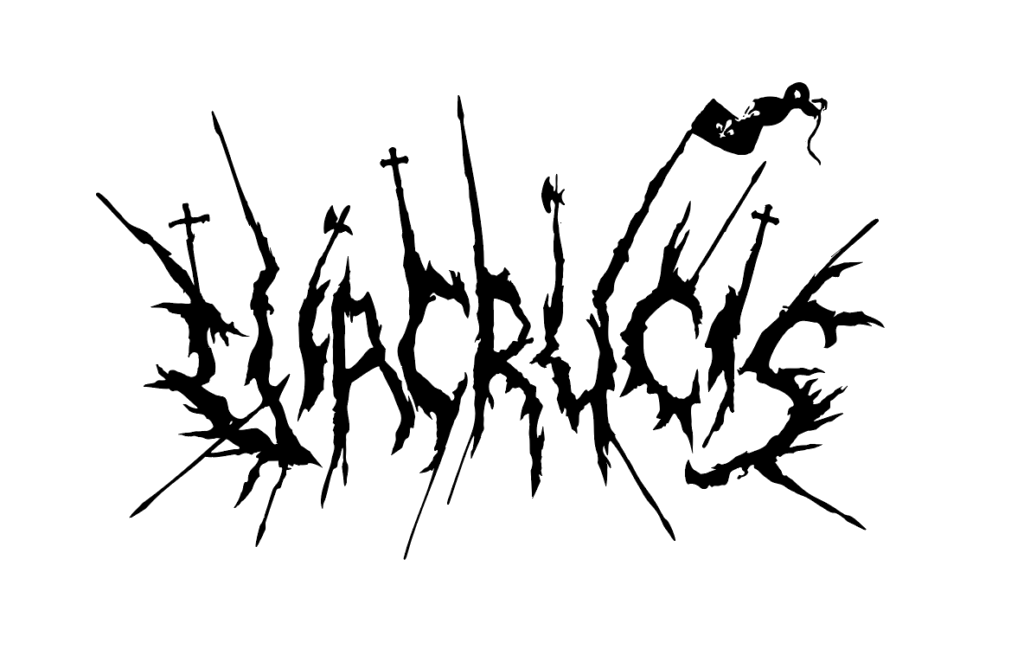 Having released a superb debut album entitled ‘Les Tragiques’, Mathieu Garon, the man behind Canadian Blackened Death Metal solo project Viacrucis spoke to me about the 16th Century French Religious Wars, the research that was put into the subject for the album and much more. (Marksson)

Greetings Mathieu, and thanks for answering my questions. How is life in the French speaking part of Canada right now?
Hi Luke! Québec is a week away from election opposing the Same Shit Parties versus a progressist one, we hope for the best in that regards. Otherwise here on the coast, autumn came in full force last week with freezing temperatures, changing the leaves colour almost instantly haha! It’s wonderful thanks.

You are the bassist/vocalist for Black Metal band Givre. What made you decide to branch off and start your own solo endeavour?
Not everybody knows it, but Givre is extremely prolific; when the first album came out, we had already 2 more done on our shelves ready and to launch. The process is pretty simple: David Caron-Proulx composes and records all the music but the bass in Montréal then sends it to me. I then create and record the bass parts here in Gaspé and send it back to him. This process is really fun and all but my music composing thirst doesn’t quench from that. Guitar has always been my main instrument and I had a couple of riffs I’ve been shredding for a long time that never fitted into any project. I just surfed on the Givre creation process and started recording them and slowly it started to all build up and make tracks. We then laughed about the idea that Viacrucis was the death metal version of Givre!

Your debut album is a concept album from a very specific period of events. Can you explain the full concept for me?
For this album, we focused on the religious wars that tore France apart in the 16th century. By selecting texts from this historical period, it is obvious that it was primarily the extreme violence perpetrated in the name of God that captured our interest. How is it that men and women from the same culture, from the same country, come to kill each other over very sharp differences in religious doctrine. It is both terrifying
and fascinating. One is tempted to recognize in it the unleashing of an absurd violence, almost without motive, which threatens to resurface at any moment if we do not take care of the social bond and tolerance of the beliefs of others.

It must be understood that this crisis arises paradoxically in a context of religious liberation. Protestants, by making the reading of the sacred text accessible (among other things), lead to a tension in Roman Catholicism. There followed an escalation of violence that no one would have suspected, in a century which nevertheless rediscovered ancient philosophies and their great doctrinal freedom. By looking at the major events that marked this century of crisis – the main massacres perpetrated by Catholics against Protestants, and vice versa – it was also important for us to show that this violence was not unidirectional. “Everyone kills in the name of God, and heaven remains silent” 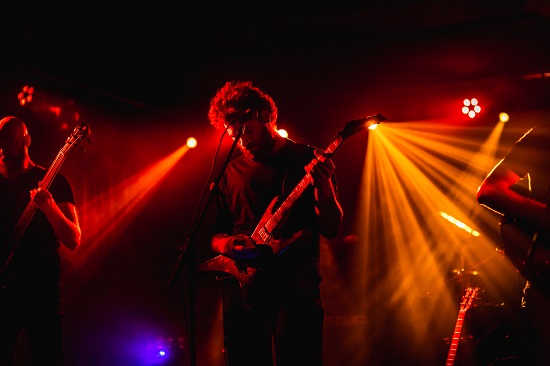 How much research was put into the French Religious wars to get everything for the album just right? Did you have any help with it?
Some research was necessary in order to find texts that I had read a long time ago, during my studies in French literature. I have always loved this period and its particularly rich literary production. At that time, the French language was still in continual transformation and had not reached the classical form it would adopt in the following century and which would change very little thereafter. It was therefore a real
pleasure to dive back into this literary corpus, where we see a language that is still very raw and abundant.

My friend Jean-Lou David helped a lot on this matter. All the texts we used are 95% as-is, we only tweaked some words in a musical intention but that’s it.

Am I right in thinking that you had guest vocalists involved? Who did you get to do the vocals and how did you meet?
Yes! Both Jean-Lou David and David Caron-Proulx are childhood friend with whom I make music with since high school. It was only natural as our voice really blends perfectly together to have them on the album. The performance of Jean-Lou at the beginning of « Discours des misères de ce temps à la Royne »(at 0:43) gives me chills every time. The « …Injustice » part in « La nuit de la Saint-Barthélemy »(at
1:53) is also pretty epic.

What is it about the French Religious Wars that fascinates you so much you made an album about them?
Between 1560 and 1600, France had a demographic deficit of around 2 million people. It is certainly one of the deadliest civil wars of modernity. During Saint-Barthélémy Night alone, nearly 30,000 people, mostly Protestants, were murdered in the Kingdom of France. These are numbers that send shivers down your spine when you really think about it. Our ancestors were not dumber or less human people than we are. How does a society fall into religious obscurantism and hatred of others? 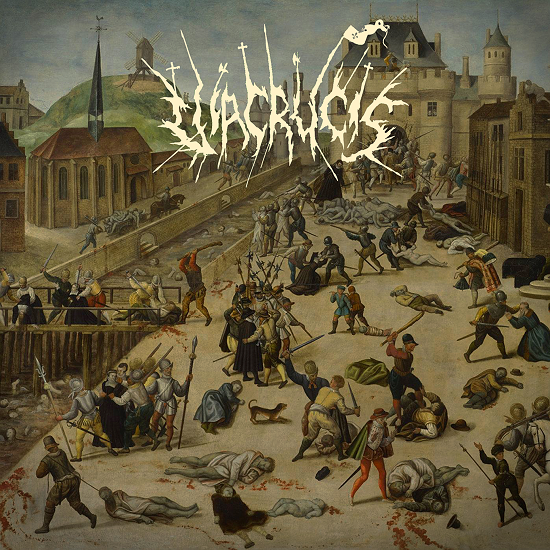 Your sound is Blackened Death Metal, was this the intent from the start or did your sound evolve organically as you progressed with the project?
Touché! The intent was to make a shreddy death metal album. As you may hear, I’m a huge Nile fan and I also got into Vitriol from Portland, Oregon. I think both bands hold the past and future of death metal. During the arrangement composing process I started to enjoy putting breaks here and there to make it breathe more end I ended up to even adding some doom parts. Once the vocals on, the huge reverberated guitar track and the atmosphere really settled in, the album sounded really more black than expected. I run an experimental music project called Emdjelek since 2012 and I really have the same creative flow in metal or any genre I dive in; I just track every instruments really quickly as my ideas come out and finish tracks in a day or two, then I edit timbre and arrangement a little.

Can you explain the name Viacrucis and what it means?
This name simply means “stations of the cross” in Latin. It seemed interesting to us, on one hand, to borrow a notion drawn from Catholic dogma. On the other hand, the Stations of the Cross symbolizes in Christianity a moment of terrible adversity, a bad passage of extreme violence, which culminates in death in terrible pain. The Way of the Cross is a narrative motif deeply imprinted in the Western imagination. It invites us to reflect on the expiatory meaning of pain.

Are you planning a follow up Viacrucis release? Do you have a new concept in mind for your second album?
I’m currently working on binding the project to a live setting and It’s lot of work considering the drumming involved. I also dream of having the whole band here in Gaspé(which is a thousand kilometres east of Montreal), unlike Givre where I’m the only one outside the big island.
But we will probably explore another strand of Western religious history. Perhaps the Crusades or the persecution of Catharism in medieval France. We will continue in any case to question ourselves on the meaning of religious intolerance and massacre in the name of God.

Do you have anything else you’d like to promote? Am I right in thinking Givre has a new album coming out?
Yes! Destin Messianique is one hell of an album! We have so much fun playing it live, It’s so fulfilling to have it finally released on Eisenwald.

That’s all I have for you Mathieu. Thanks again for your time. The final words are yours.
Thank you for your time and passion
Merci beaucoup!