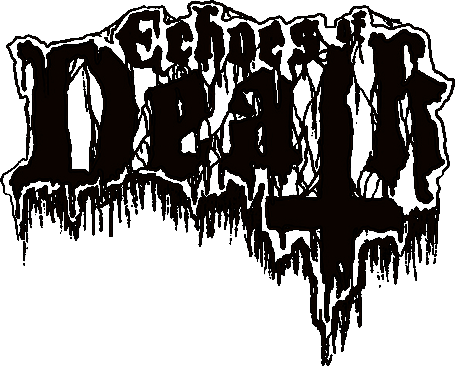 If you enjoy your Death Metal gritty and crunchy, old school and putrid, rasping and without the fuss…Echoes of Death from Brazil is something to check out. With hints of Asphyx, Pestilence and SweDeath we just feel it our duty to introduce them to you. (Ricardo)

Echoes of Death appeared in 2015 as a side project of three members of thrash metal band ‘Damn Youth’, having as main influence, both musical and aesthetic, bands dated between the 80s and 90s and which had a more morbid . With the fourth members, they already had a close friendship relationship because he is the one who produces all the art of ‘Damn Youth’.
Bands like Entombed, Pestilence and Asphyx (the choice of name sometimes gave us the ‘band copy’ but we do not care), as well as new bands like Gatecreeper, Black Breath, Bastard Priest, bands that seemed to have, just like us, all this fluidity with hardcore punk scene, which is part of our luggage. As previously stated the motivation of the band was the interest in the whole aesthetic and musical set of the genre, the arts, thematic in letters, configuration of the pedals…Death metal, specifically the death metal oldschool, for us converges well what we carry of influence of other styles, be it hardcore, D-Beat or extreme metal.

You’ve recently released your debut full-length “…In The Cemetery” on CD and Cassette. Can you tell us more about it?
At first the only intention was for the sound to take the exact format of what we wanted, the focus was basically on the production, configuration of the pedals, mixing, mastering, these things. With the material ready we released a track and showed to some friends that have a label that showed interest.The disc was recorded here, in the city of Fortaleza and mixed / mastered by Adriano Sabino. After that we were talking about type of material, which ended up being released in digipack. The intention was that it was just a demo, but the labels suggested this format.

Cassete was the first format I had access to, so it has a special meaning for me and for many other people. The album was also released on CD / Digipack in Brazil by a group of friends.

The Brazilian labels that they released in CD are all friendly contacts that we obtained in the underground playing in other bands, they are labels that not only released other materials of our other bands but also they help us organizing gigs around Brazil, they are of almost all the regions of the country. The contact with Dawnbreed Records was through a great friend, Daniel Duracell, who plays in the excellent band Incarceration. 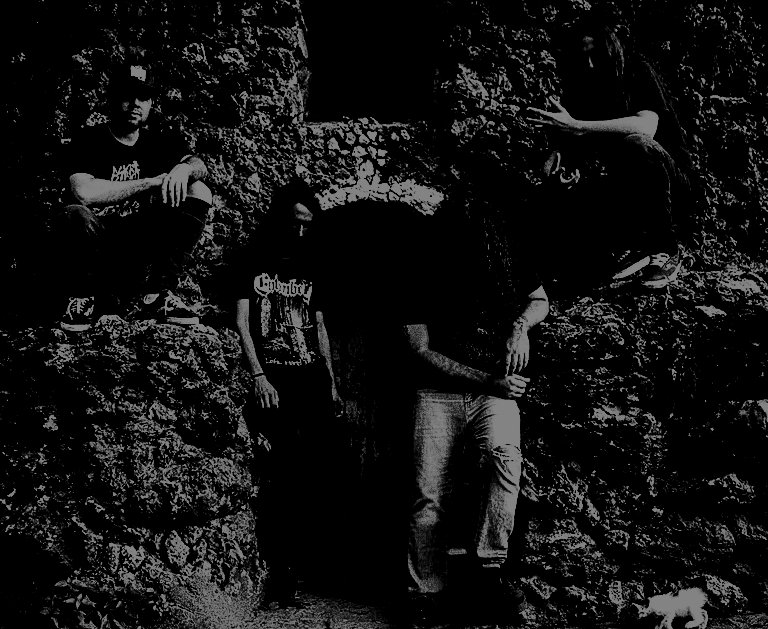 Anything to say about your lyrical content?
The lyrics focus on death and anti-Christianity. Generally letters come from personal experiences, fears, diseases and certainty of death.

And what will the future bring for Echoes of Death, hopefully?
We already have some new songs and the plan is to release a full vinyl / cd by the end of the year. Echoes of death is a band whose first intention was only to make good materials within those molds that we like, allied with the musical references of each member. we have a tour in Brazil more or less marked for the end of the year, as well as this new album. In general for the future we want to continue producing content that pleases us.

2019 is the beginning of a conservative Christian government in our country, it will be a complicated period for the underground scene, be it punk or extreme metal, or any environment that opposes traditional models of behavior, but let’s continue with what we do. Thanks for the space Ricardo.