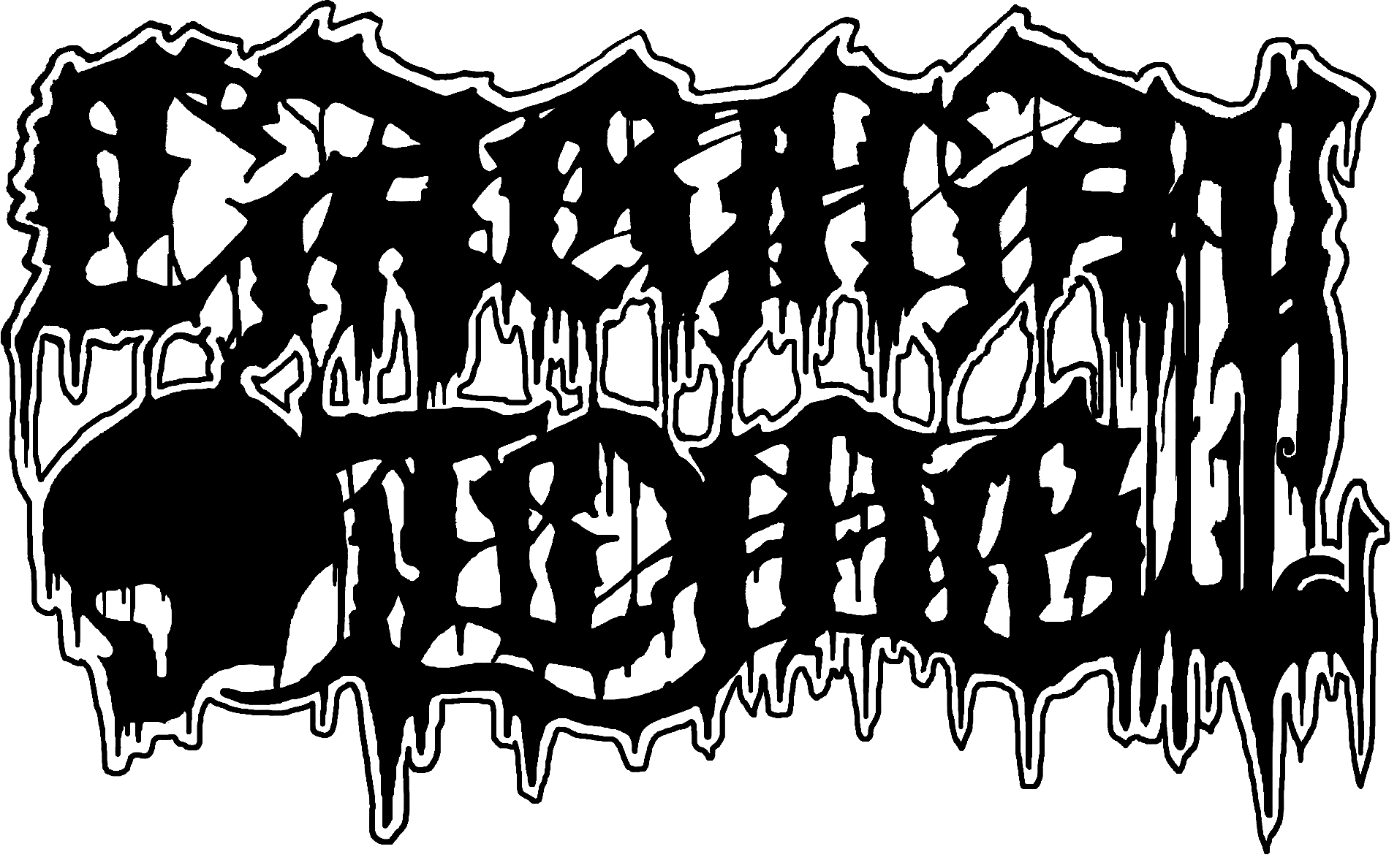 “…We wanted to play some groovy, rotten, dirty Death metal…” When you hear first couple of seconds of Carnal Tomb’s music, you have to agree they reached that goal. The Old School Death Metal is groovy, rotten and dirty as they are playing a mix of the early Swedish scene and the US scene (Autopsy, Incantation) and combined together you get a buzzsaw sound with a dark twist. It’s time to pay the cemetery a visit… (Ricardo)

Let’s start at the beginning, shall we? You were already in another band with Yves called Nuclear Penetration, but you both were more focused in this project, right? If I’m not mistaken, Erik of Filthdigger is a kind of unofficial member, can you tell us more about it and what makes it “unofficial”?
Cryptic Tormentor: Yes, I was in Nuclear Penetration with the others and we recruited Yves at a concert. But the band wasn’t moving forward. I had already told everyone I was working on something on my own and left the band shortly after…Yves joined me after I showed him what I was working on. Unofficial because he isn’t in the band but a good friend and companion on a musical basis. He is always very constructive, gives feedback and thoughts.

In an interview you mentioned you were more into the American, Polish and British scene when Death Metal is the subject. In your own words, what was so special for you to follow those scenes? Which albums and bands did you like back then…and which one survived?
Cryptic Tormentor: Indeed I was before I got into Swedeath that big. I still really enjoy those bands and draw influence from them. They are all unique and great bands, everyone just has the own style ad way of doing things which is refreshing. Masachist from Poland, Funebrarum from the US and Sheol from England are spectacular bands you should check out! 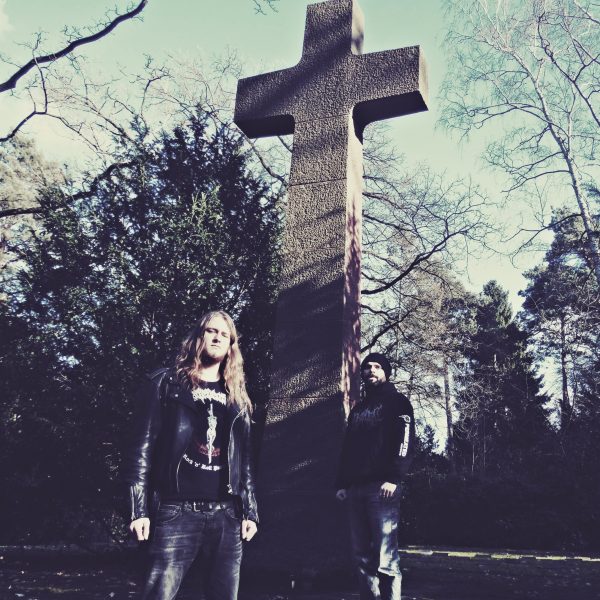 But now, like me, you are a worshipper of the Boss HM-2 sound. A mighty sound that is! It was Entrails’ “Raging Death” that made you realize this all crushing sound is the sound you want when playing Death Metal. What is it about that album that makes you all weak and fuzzy, ha! Why “Raging Death” and why not Dismember’s “Like an Everflowing Stream”, Entombed’s “Left Hand Path” or Carnage’s “Dark Recollections”? After being grabbed by SweDeath, were you changing your new additions to your collection? Seeking for more? Which albums and bands are important to you nowadays?
Cryptic Tormentor: Well I played and listened to death metal before, I was always a fan of the ‘old school’ bands like Grave, Death and Obituary. But it was just very inspiring hearing music like this. It made me want to write riffs of my own, inspired by death metal milestones like LHP, Everflowing…, Dark Recollections. I love the guitar sound these bands have. Obviously I enjoy the classics that everyone knows, but also the gems: God Macabre, Absurd (Swe), Utumno and newer ones such as Under the Church, Undergang, Tormented, Zom, Teitanblood, Swallowed… There are too many to name!

Not long after formation, you recorded a demo called “Ascend”. I think it’s a mix of the early Swedish scene (the demo days of Nihilist and Grave) and the US scene (Autopsy and Incantation). The first one of the buzzsaw sound and the latter one of the dark twist. Do you agree? And who are Sodomizör and Manfred Höher who did some guest vocals?
Cryptic Tormentor: Totally, this is what we wanted to do and we are happy with what we accomplished. But we will continue to push ourselves further and leave or own mark on the death metal landscape. Sodomizör is actually Erik from Filthdigger, he came over to Berlin when we recorded Ascend and asked to lend his throat for us.
Corpse Ripper: I played in a death metal band called Defective with Tobias of Ensireal before. That’s how I met the rest of the band. As soon as I heard the debut album ‘March of Empty Pattern Words’ I realized I wanted to work with them at some point. Carnal Tomb finally offered me the opportunity to do this. Tobias, as already stated, handeld the mixing and worked as our ‘sound-engineer’ during the last recording. He is an important part of Ascend and will continue to work with us in the future. Manfred’s voice intrigued me when I first heard it and it fits perfectly to ‘Dormant Cadavers’. It wasn’t hard to convince Marc to include him on the demo. The result speaks for itself.

The demo “Ascend” has been released on tape by Hexed Cemetery recently. Did they contact you after hearing the demo? What is like a “dream come true”, a pro-tape release? It’s definitely the old school way…
Cryptic Tormentor: César Fernández (who runs Hexed Cementary Records with his wife) actually drew the artwork for the demo. So he knew about it straight away. He contacted us early this year, told us about his plans to start a Label/Distro and asked if we wanted to be a part of this. It is indeed “a dream come true”. We are very honored to be working with such a devoted and professional guy! We salute you! 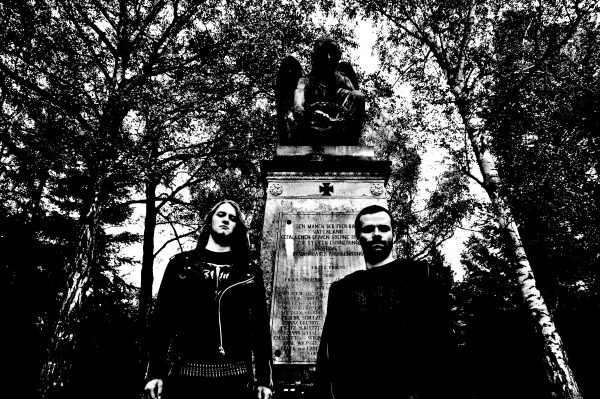 Early 2015 you released a 2 track single and it’s only digital this time. Are you planning to release it as a 7”? Are there labels interested? In your own words, what is the biggest difference when you compare the single with the demo? I think the vocals are more audible than on the demo, but also more raspy and rotten. I also think the music is more obscure.
Cryptic Tormentor: There have been some thoughts about this, but nothing official yet. Those songs will most likely be rerecorded at some point and see a proper release some day. I think the songs are a bit more mature and the recording is slightly better. We are still at the start and trying out a lot of new things.

If you get the opportunity to record a 5-track EP with only covers, which songs would you give a Carnal Tomb-treatment?
Cryptic Tormentor: Metallica – For Whom the Bell Tolls, Filthdigger – Spawn of the Grave
Corpse Ripper: Bruce Springsteen – I’m on Fire, Deserted Fear – My Empire, Entrails – Bloodhammer

Can you tell us more about any other future activities of Carnal Tomb? You’re looking for a permanent drummer to play live right? How would a live show of Carnal Tomb looks like?
Cryptic Tormentor: We are working on a 6 – Song EP, which will definitely feature a human drummer. It will once again be released on Hexed Cementary Records, along with other merchandise. We are indeed, but I believe we are nearing the end of our search! Dismal and clouded in fog. We will only perform in fitting surroundings.

That’s all for now, thanks for introducing Carnal Tomb to us…
Cryptic Tormentor: Thanks for the questions and the support. Hails from Carnal Tomb!