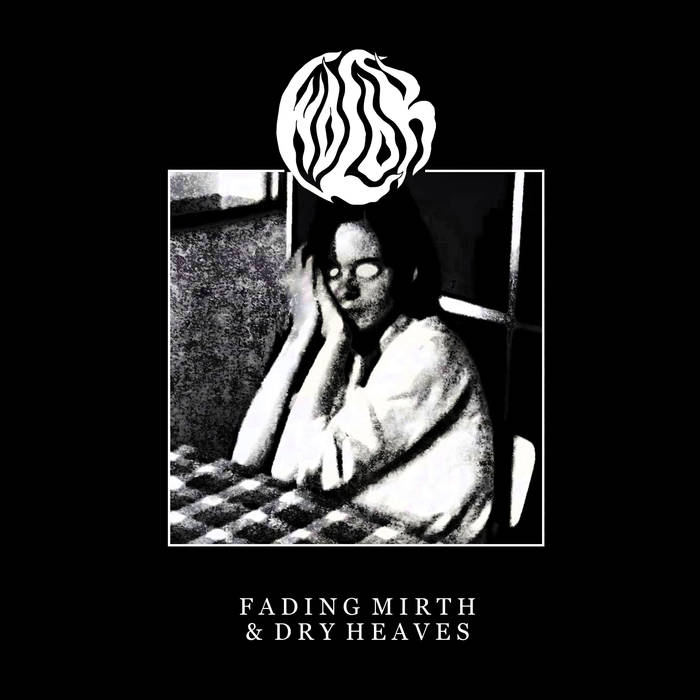 Wolok, oh Wolok, you are somewhat of an old friend of mine. Way back when in the days when things called blogspots ruled the internet and every one, even if they won’t admit it, was finding their new, exciting and different music in just a few clicks. Kind of like bandcamp but not as legal shall we say. Then, back then is when I fell in love with you and your absolutely insane debut full length album “Servum Pecus.” The mixture of the insane album art and the obscure, odd and nuanced blackness within had me hooked on you like heroin (or so I would assume.) I absolutely love and crave this nightmare type shit you produce.

For those not familiar with the off kilter arrangements put forth by this gloriously disgusting addiction, let me try and sum it up for you. Wolok sounds like a mix of fellow countrymen Blut Aus Nord and US’s Leviathan/Lurker Of Chalice (depending on how you look at it.) So basically an odd, swirling, insane, almost alien form of Black Metal. “Fading Mirth & Dry Heaves” here is very much set in the mid-tempo to almost downright Doom-ish zone of which they have dabbled in but never really, truly committed a whole albums worth of time to. Yet, now their sound is fitting with their new album title, the agonizing slow torment of dry heaves matches the lurch and atmosphere of the five new tracks that Wolok have spewed on to us now.

So if you are like me and enjoy yourself some nightmare inducing, jarring, evil, alien, disjointed and majestic Black Metal; then you will like this. If you are sick, twisted and demented in the head, much like me as well, then “Fading Mirth & Dry Heaves” is something that I know you will absolutely love and crave, again, like heroin.  (Ben Schultz)