Watain – The Agony & Ecstasy Of Watain 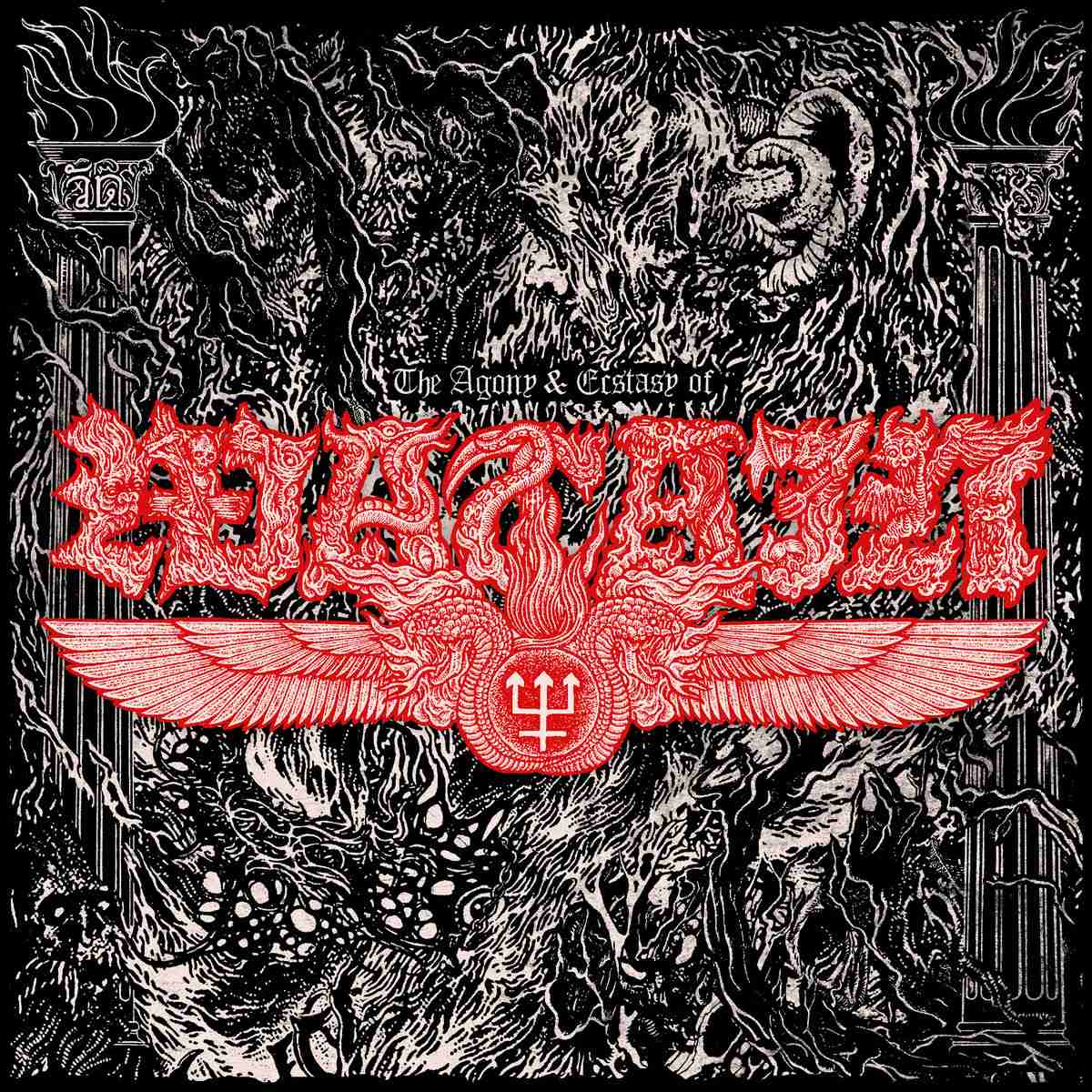 Originally released on April 29th, I am a little late with this review of Watain’s seventh full-length album. This was not by accident, it will not be a surprise to you that we at VM-Underground give more attention to the underground bands, so I filed Watain under “pending”. I did not have very high expectations of the Swedes who once breathed new life into the Black Metal genre with albums like ‘Rabid Death’s Curse’ (2000, Drakkar Productions/End All Life Productions) and especially ‘Casus Luciferi’ (2003, Drakkar Productions/Norma Evangeli Diaboli) anyway.

Although Watain has slowly lost that lustre, there was still a lot to be said for ‘Sworn To The Dark’ (2007, Season Of Mist) on which the band already showed a more polished sound. With every subsequent album, this trend continued. It did not only sound more shiny, it also sounded less sincere. The furious blast beats could not hide the fact that Watain lost their grip on the genre. In fact, the last record already sounded jaded and uninspired.

Apart from the creative ‘The Wild Hunt’, where the band leans heavily on Bathorian epicness, the band has had few convincing moments in the past fifteen years. And with ‘The Agony & Ecstasy Of Watain’, the Swedes are not changing anything to that idea. On the contrary. As far as I am concerned, the band has really fallen through the lower limit with this album and I am convinced that if there was no ‘Watain’ on the cover and Nuclear Blast had not promoted it on a grand scale, it would hardly get any attention. The closing ‘Sepentrion’ is in fact the silver lining, that song has a decent lead melody and is played sufficiently epic and proves to be the only somewhat memorable track on the album.

But for the life in me, this can only be called mediocre at best and it becomes painfully clear that Watain is being overtaken on all sides by bands that are much more creative and simply better. In that respect, the title is only half right, it would have been better to call it ‘The Agony & Boredom Of Watain’.