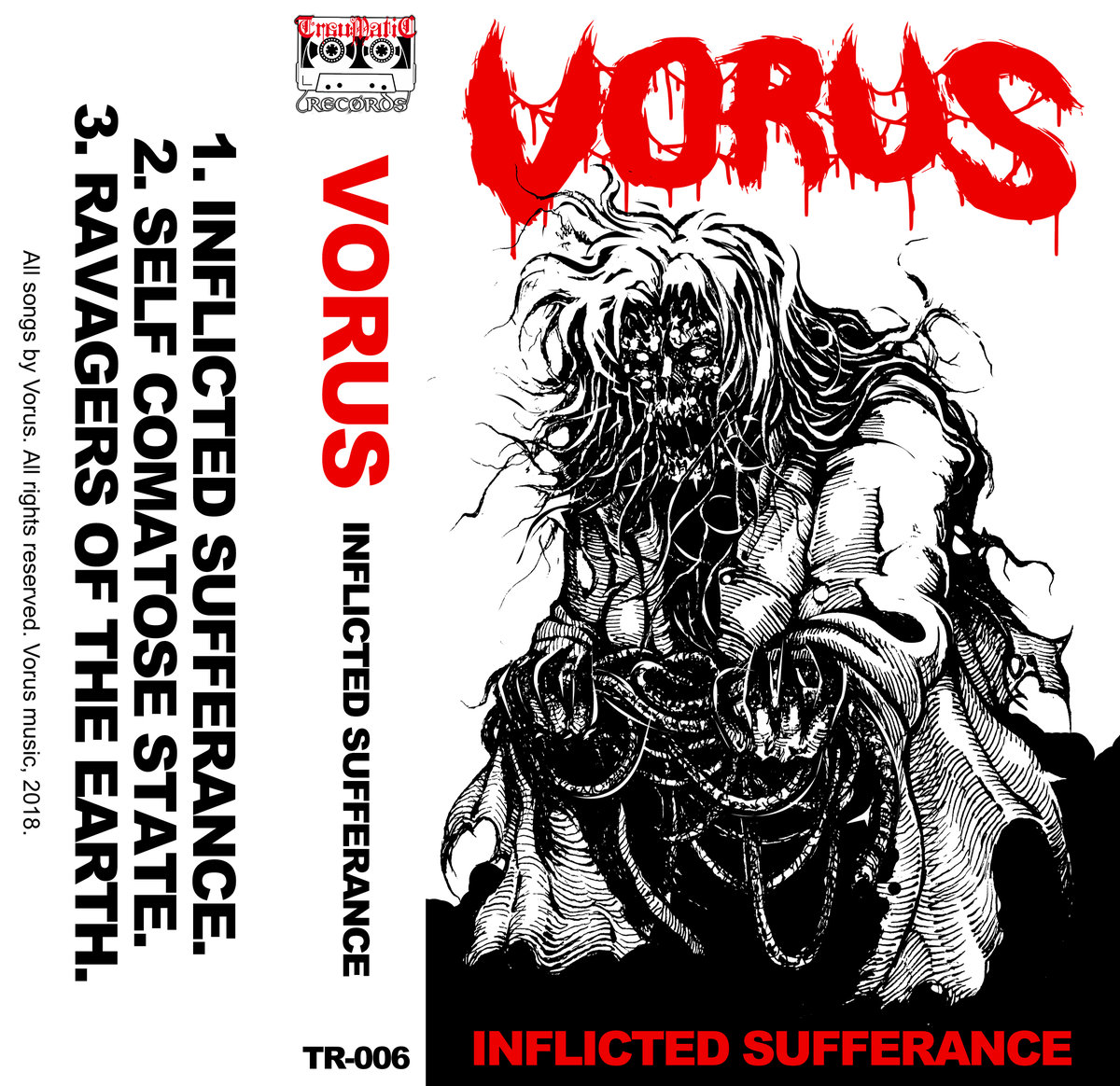 I’m not so much familiar with Romanian metal bands in general, so this is my first encounter with Vorus which is a Romanian Death Metal band who cherish the old school rotten Death Metal sound in their compositions. They’re a two man band and their lineup consists of Cornia, the bass guitarist and Uriel, the vocalist, guitarist and drummer. In 2018 their second demo “Inflicted Sufferance”, which includes three songs, was released through Traumatic Records (Paraguay).

While giving a description of the compositiosn, the things that get noticed first are the guitars which are nasty and complex with abrupt progressions and creates a grotesque, pernicious and formidable ambience for each and every song. Every progressions were crashing down on the listener’s ears in a really destructive way. The progressions were nothing but an indestructible extortioner’s embodiment. The drum work perfectly amalgamated with the composition. The drumming was nothing but an audio reincarnation of a termination masquerade. The vocal delivery were similar to a wounded tyrant lion who’s screaming in pain and yet letting his kingdom know that he’s still able to capable to rule. Typical old school Death Metal bass works were noticed as well. It may not be that much peculiar yet it wasn’t coarse.

The complex guitar riff compositions remind me of Hellwitch and Necrophagia. The bass work of the demo’s last track “Ravagers of the Earth” was totally influenced by Necrophagia, as a result the track almost sounded really similar to Necrophagia’s track “Terminal Vision”.

If I didn’t listen to their split album “Into The Bottomless Pit” I would’ve definitely suggested them to make sure the complex guitar riffs and progressions were more meaningful rather than only destructive. But they sure as hell improved and are improving themselves as we speak. As a demo, the production and composition quality of “Inflicted Sufferance” was spot-on. You’re really missing out on a lot if you still haven’t listened to this 3 tracked demo. Check them out now. (Akib)