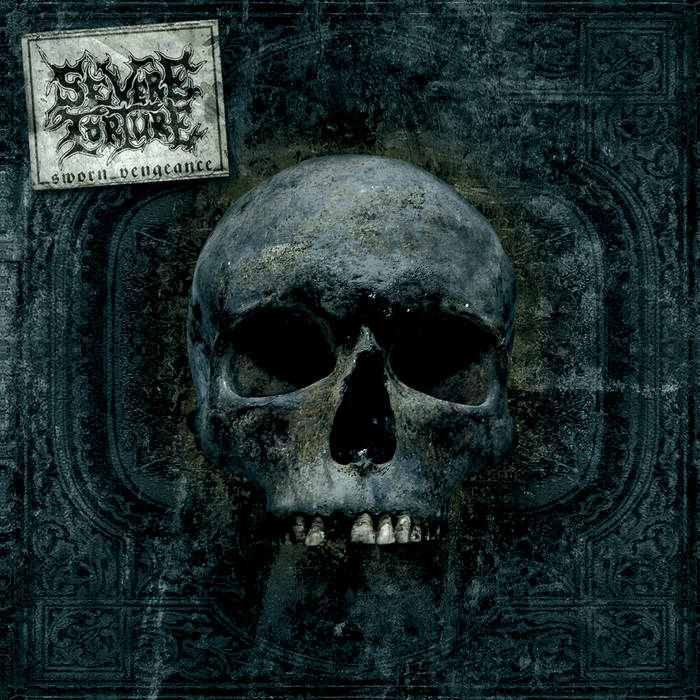 Ah, the new Severe Torture! Always a pleasure! I’ve been a follower of the band since their demo days and saw them live a couple of times. Maybe because I know those songs by heart, but I always preferred their debut album “Feasting on Blood”. Until now…

In the beginning of their career, Cannibal Corpse and Suffocation were mentioned a lot as possible references for the brutal death metal played by Severe Torture. If you have heard their predecessor, “Fall of Despised”, you already noticed Severe Torture didn’t push the pedal to the metal all the time compared with their first two albums. With “Sworn Vengeance” they add a subtle yet interesting Monstrosity twist to their music. These Dutch sadists managed to create memorable riffs and especially Marvin’s solos are a huge asset to keep this assault interesting from the first second ‘till the last one.

Also vokillist Dennis made a great vocal performance to switch between his brutal grunt and Martin van Drunen (Pestilence / Asphyx) like raspy growl during “Redefined Identity”. And what about the atmospheric closing instrumental “Submerged in Grief” which could be easily on a Hypocrisy album…if you thought Severe Torture played simplistic Death Metal only, think again! I dare to say this is one of the best death metal albums released this year. If you get your hands on the limited cd release you will also get 2 extra Entombed and Cro-Mags covers.