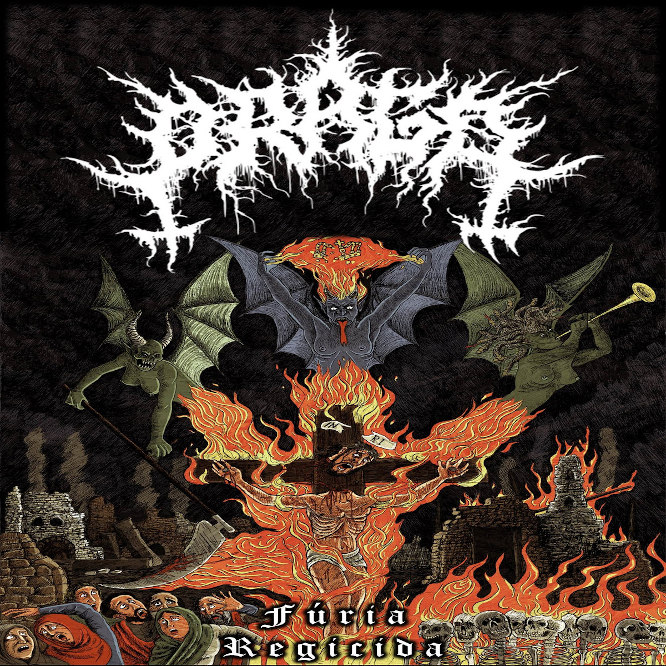 I won’t lie, the artwork for the debut album by Rio de Janeiro based Black/Speed Metal trio Praga is truly awful. It’s an eyesore and in no way inspires me to listen to this album! However, I shall persevere. Murder Records have put out ‘Fúria Regicida’ on cassette and features ten tracks of anti-religious, anti-fascist Black/Speed filth! Praga (Meaning Plague in Spanish) play hyper-aggressive old school sounding lo-fi metal that features the constant bass rumble and muffled drum tones of truly poor production. Vocally Praga screech and shriek their way through the album whilst the riffs and guitar leads are nasty sounding and at times somewhat buried within the overall sound. That being said, I am very partial to a prominent bass sound and Praga deliver in that department throughout. Personally speaking, ‘Fúria Regicida’ is too far on the lo-fi side to be to my tastes, and also the album tends to fall into the same trap that a lot of bands of this nature fall into, that being the propensity to never deviate from their set sound and thus get bogged down in uninspired repetitiveness. that being said, this kind of thing often finds a receptive audience and Praga do have the sleazy, primal savagery angle pretty much covered.