Paganizer – March Of The Insane [EP] 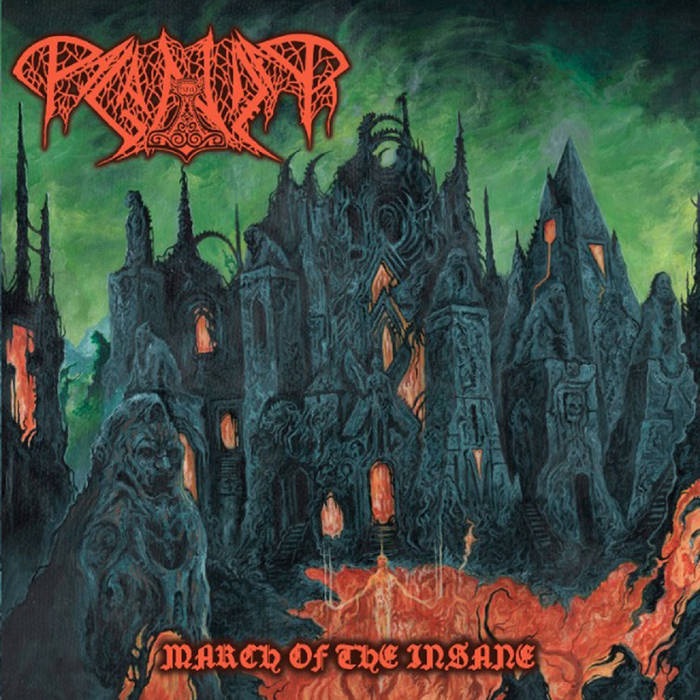 Because a wise man once told me: “There can’t be enough Paganizer reviews”, here’s another one. Earlier this year the Mexican label Iron, Blood And Death Corporation released this 5-track mini CD. Let’s go!

The first three tracks are new tracks and (so far) exclusively for this mini CD. They are completely in line with all of Paganizer’s previous releases, which mean fairly decent Old School Death Metal with a slight Swedish touch. Most remarkable is the strong sound on these recordings. Some of Paganizer’s previous EP-recordings are a little rougher by nature, but these three tracks are pretty much of the same level as the latest albums – in fact, it wouldn’t surprise me if these were recorded in the same take as Paganizer’s latest full-length offering. The last two tracks have been released before in 2014 on the split 7” with Malaysian Death Metal combo Humiliation (released by Brutal Art Records and Dead Beat Media). These two tracks indeed have a rougher edge to them, so it is quite a step downwards in terms of production when going from track 3 to 4. But Paganizer works pretty well with both the rawer and more brutal sound, it might well be a matter of taste and preference. But, drilling it all down, I would label this mini CD really mandatory Death Metal, but it is a fun listen and those into Paganizer can blindly get themselves a copy.