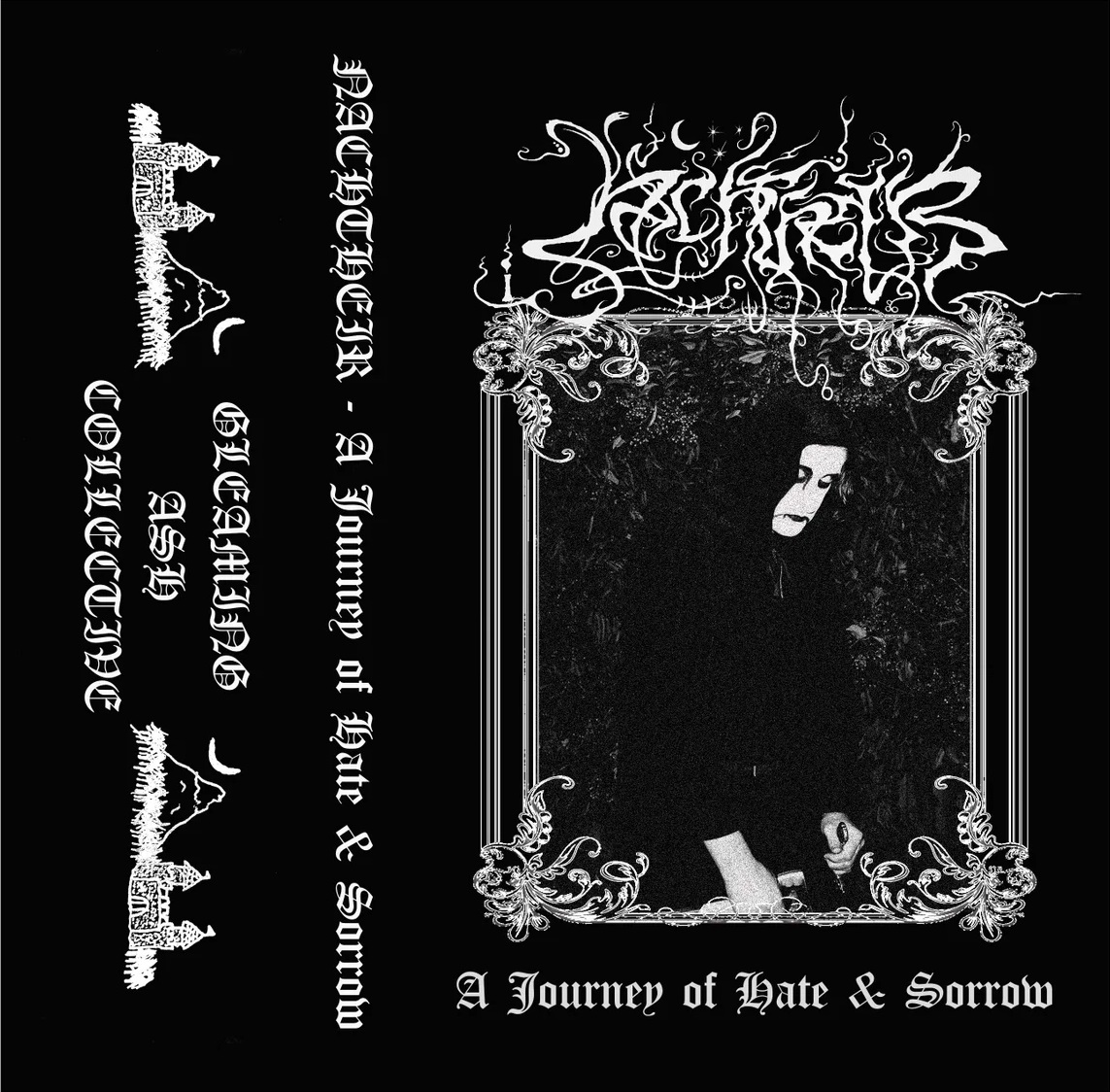 I first heard of Nachtheir through the three-way split tape with Hekseblad and Vér (2022, Wilt-Shine). The song that this American Black Metal act contributed was the best on this split and my interest was piqued. That prompted me to investigate what else this act had to offer. That’s how I came upon this first demo of Nachtheir, originally released on CDr and tape (released by TormentRex and Banner Of Blood respectively) and recently re-taped by Gleaming Ash Collective.

The only song on that aforementioned three-way split was one that lasted about fifteen minutes. Although these three songs are a bit shorter, they are all on the long side and this demo lasts about half an hour all together. Maybe it’s because these songs are a bit older than the song on the split tape, but these songs are a bit rougher in sound and a little less atmospheric. Still, you can hear the characteristic dynamics here that also made that long track of the split stand out. It goes from beautiful strumming, ambient-like intermezzos to fast and furious Black Metal outbursts. Also the mid-era Bathoryian epic can be heard here, mainly in the catchy melodies. The raw guitar and the sometimes misty lead melodies remind me a bit of the better Drowning The Light-works. The vocals are also reminiscent of those of Azgorh (Drowning The Light) and blends just perfectly in the mix. I’m impressed by this strong demo and Nachtheir has definitely convinced me: an act to keep an eye on!