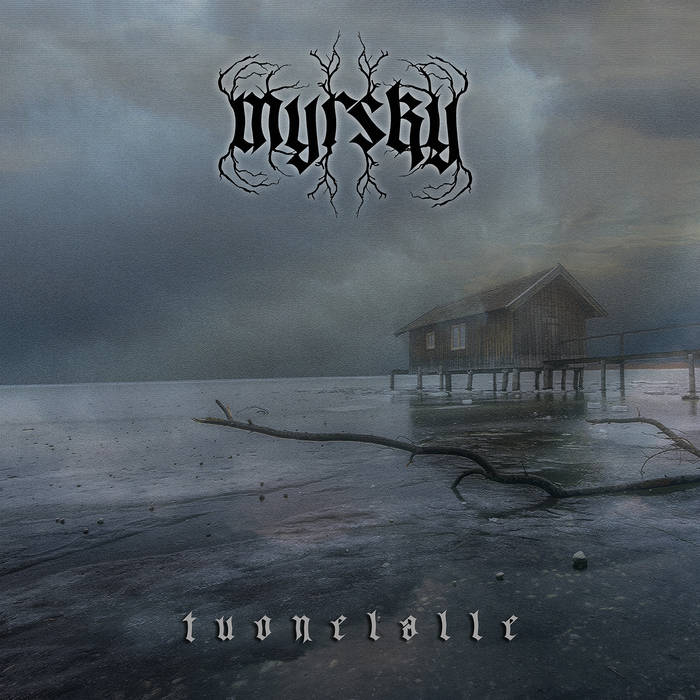 From the always musically fertile Finland comes this new Black Metal act Myrsky. At the time of writing, very little is known about the band’s background, unknown for instance is who is or are behind it, but it seems to me as a one-man band with or without the help of session-members. The band also released this debut album independently on CD and through various digital channels. Meanwhile, a cassette tape version has also been released via Nocturnal Mourning Records.

What immediately stands out is the quality of the songs on offer, not only is everything ingeniously put together, but it is also very well played and the clean and crisp production is much above average. This fuels my feeling that for the individual(s) behind Myrsky this is not their first or only band, but have already gained (a lot of) experience in other acts or projects. Hopefully we will get to know more about that later.

The music is far from basic and shows a lot of dynamics in both the use of various tempo changes and musical patterns; from quite fierce Black Metal to some more elegant and atmospheric pieces that at times even sound a bit ambient-like and form a dreamlike soundscape. This melts together into a very organic and natural-sounding form of Atmospheric Black Metal. It never gets too aggressive or crass, that is obviously not Myrsky’s aim, instead they focus on great song writing and feeding that gloomy atmosphere. Which does, on the other hand, not mean that Myrsky sounds tame or completely harmless, as they do accelerate into more up-tempo parts quite regularly. However, it must be said that unlike many of their Finnish compatriots, they do sound much less deadly and gnarly. This does not immediately mean that Myrsky sounds very original, but also has no direct comparison. Although it might sound quite contradictory, Myrsky is still unmistakably Finnish. Yet there are also hints of Icelandic Black Metal much in the same vein like we heard a lot from the stables of Terratur Possessions a few years ago. Especially a band like Sinmara comes to mind, that band brought a somewhat similar depth to the music through its very interesting drumming especially on their ‘Aphotic Womb’-album from 2014. The rather prominent role of the growling bass guitar strengthens this comparison, which is by all means a compliment.

The creativity Myrsky exhibits here is of an above-average order, making ‘Tuonelalle’ (which if Google Translate is to be believed, means ‘To The Underworld’) a very diverse and adventurous debut album. But above all this is a very impressive first work, I strongly believe that it is only a matter of time before Myrsky is picked up by a good and suitable label.