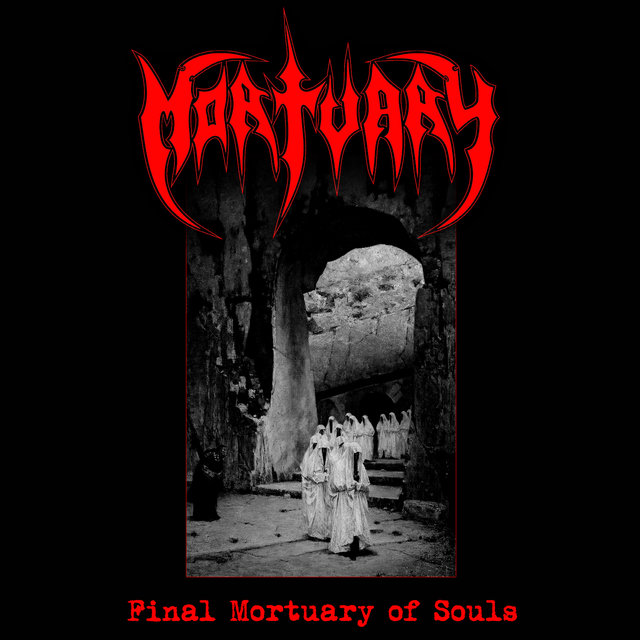 Extreme underground metal has been forged in the most unlikely places of earth, even in the early days of the genre. Yet, many countries are not really known for their metal scenes, mostly because there was not much of a metal scene to begin with, but also because most of the bands never got out of their demo-phase and never released full-length albums. And, if there were any releases, they weren’t widely available. The luxury of today is that you can quite easily get your own musical heritage out through the various digital platforms and there are some underground labels who are interested in getting these things out of physical formats too.

One of those unearthed bands is Mortuary from Serbia and although their earliest efforts were compiled twice already (in 1994 and 2003) their music never reached me before I was pointed to this compilation which was released somewhere last year. This CD is quite a ride, because it compiles all of the bands’ early work: their first demo ‘Infected By Pollution’ (1991), second demo ‘Dismembered Illusions’ (1991), third demo ‘Void’ (1991), the ‘Unspoken’-demo from 1993 and finally a new recording that might be from 2006, though I am not really sure about that. The difference between those demo’s is mainly the sound, some recordings are a little rougher than others, but the musical direction is clear: Mortuary sounds like a Thrashing old school Death Metal band. The sort of band that was particularly much around during the late 80’s and early 90’s. Not really sophisticated but with a rather charming and authentic feel. The occasionally naive sounding riffs, somewhat stiff tempo changes and not-yet-really talented solos are exemplary for many demos from around that period. Not only was the genre developing, but I can imagine that their origin wasn’t of much support too.

If the information is to be believed, Mortuary has been one of the most popular metal bands in the country and they have sold quite a lot of (demo) tapes. Although Mortuary can’t compete with its counterparts from Western Europe or the USA, it truly has this irresistible charm. It definitely brings back memories of diving through the world of old demo tapes.

Both previous compilations of Mortuary were done by smaller labels from Yugoslavia and Serbia but these three involved labels are also rather small, but their effort and dedication is much appreciated. A label like Nuclear War Now! Productions is known for its efforts to bring back many bands from that particular region and I could just imagine this carrying the NWN!-logo too.