Moloch / Ieschure – Among The Swamps And Darkness [Split] 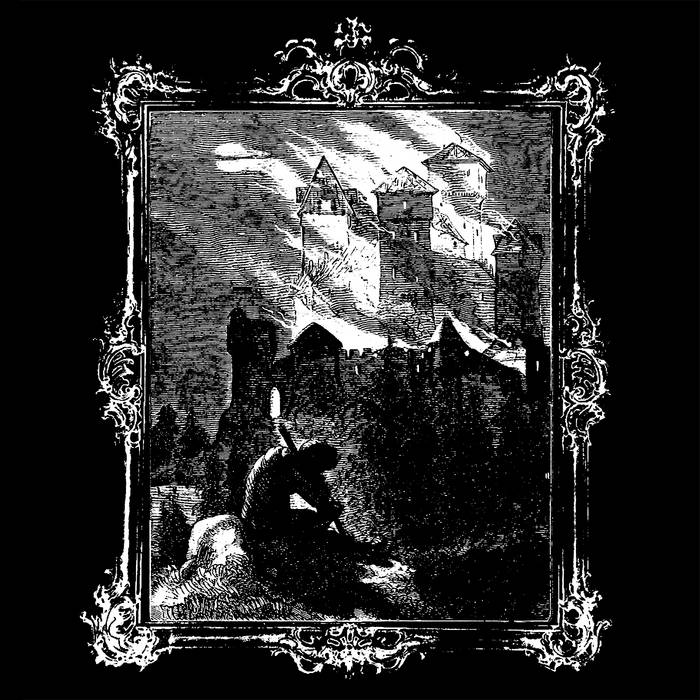 One of the most prolific Black Metal bands of the past two decades, is definitely Ukrainian Moloch. They have been releasing huge amounts of EP’s, of which most of them are split releases with other bands. Literally dozens and dozens of them have been flooding the scene, so, as an avid Black Metal aficionado it is almost impossible to not at least own one of those Moloch releases. Yet, in recent years the output has somewhat lessened with only three releases in 2019, one in 2020, none in 2021 and this year so far only this split LP with the captivating Ieschure has been released.

On this new split LP, which saw the light of day last Spring, Moloch presents three tracks in their trademark slow, dragging, haunting and depressive Black Metal. As with all releases since 2014, Sergiy Fjordsson, the man behind Moloch, teamed up with drummer Gionata Potenti (Frostmoon Eclipse, Darvaza, Chaos Invocation, ex-Acherontas, ex-Fides Inversa), and I can’t stress enough how valuable his contribution to Moloch is. The earliest (2014 and earlier) works lacked the vibe of a real drummer and made Moloch a band that was not nearly as interesting as it is today. Though, admittedly, I do not own all of the bands’ releases and I won’t claim I heard them all, yet I do sense a considerable progression in both musicianship as well as composition. Moloch has always been a band that combined Black Metal with Dark Ambient, which, in this case, should not be confused with Dungeon Synth. Just in line with that tradition, Moloch’s side treats us with a organ-heavy Ambient introduction that lasts about three minutes and a half before we get to dive into a Black Metal track. That lengthy song, ‘Lord Of The Dying Sun’, carries us past those Burzum-ish territories and atypical yearning vocals. To round things all off, Fjordsson offers a mesmerizing Dark Ambient track that is nearing the 9 minute mark. As always it might not be all that mandatory or ground breaking, but it is undeniable that Moloch is getting increasingly better over the years.

This split LP is shared with the intriguing Ieschure, a one-woman act, also from Ukraine. A few years back, Lilita Arndt, surprised many with her debut album ‘The Shadow’, released by Iron Bonehead Productions (2017) and since has been reissued several times by various labels. Arndt’s take on the genre blends rather slow and depressive Black Metal with unorthodox use of vocals. She uses her voice in a both harsh screaming way, as well as in a more haunting chant. When ‘The Shadow’ was released, it received mixed reactions, mostly due to the vocals, but that it managed to hit the right note at times is proven by the considerable amounts that are paid for the vinyl version of the album. After the release of ‘The Shadow’, Arndt released two EP’s and a split CD with Promethean Gate and now returns with this split LP with Moloch. Her side of the split LP also clocks in just under 20 minutes and serves us with the same sort of bleak Black Metal. Yet, this time it sounds even more shrill and stripped down, with her vocals being a little more unusual but all the more frightening. On a song like ‘The Medieval Gallows’ Arndt shows that with the simplest resources, you can build an alluring and haunting atmosphere. In all its minimalistic ways, this is almost a folky song, that only has her guitar and strangely unnerving whispering voice, no real drums or bass has been used, only some odd stumbling in the back. A true mesmerizing track!