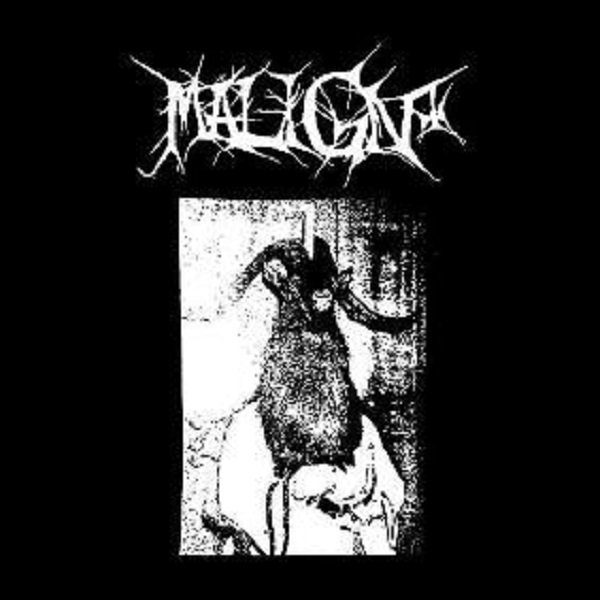 Sweden’s Luciferian/Satanic Black Metal band Malign have been on the go since 1994, and in 2020 Shadow records re-released their debut offering, ‘Demo 1/95″ on CD, cassette and LP. So a real slice of early Scandinavian second wave Black Metal given fresh new life.

Featuring the original four tracks plus an alternative version of all four tracks, ‘Demo 1/95’ is a fast paced belligerent demo with an off kilter, somewhat maniacal tone to the guitar leads. It’s very bass heavy and said bass has a prominent sound in the overall production, whilst the drums have the slightly lo-fi muffled timbre to them that typified many releases of the time.  Something else that marks this as an early 90’s release is the raw sounding shrieked vocals that sway between Satanic rambling and misty forest wanderings.

It’s a catchy, brooding release but doesn’t stand out from the other offerings of it’s ilk. Not sure why it has been given the re-release treatment and the alternative versions are just the same tracks with awful lo-fi production. It’s worth a listen for sure but doesn’t stand out in any way. (Luke Hayhurst)