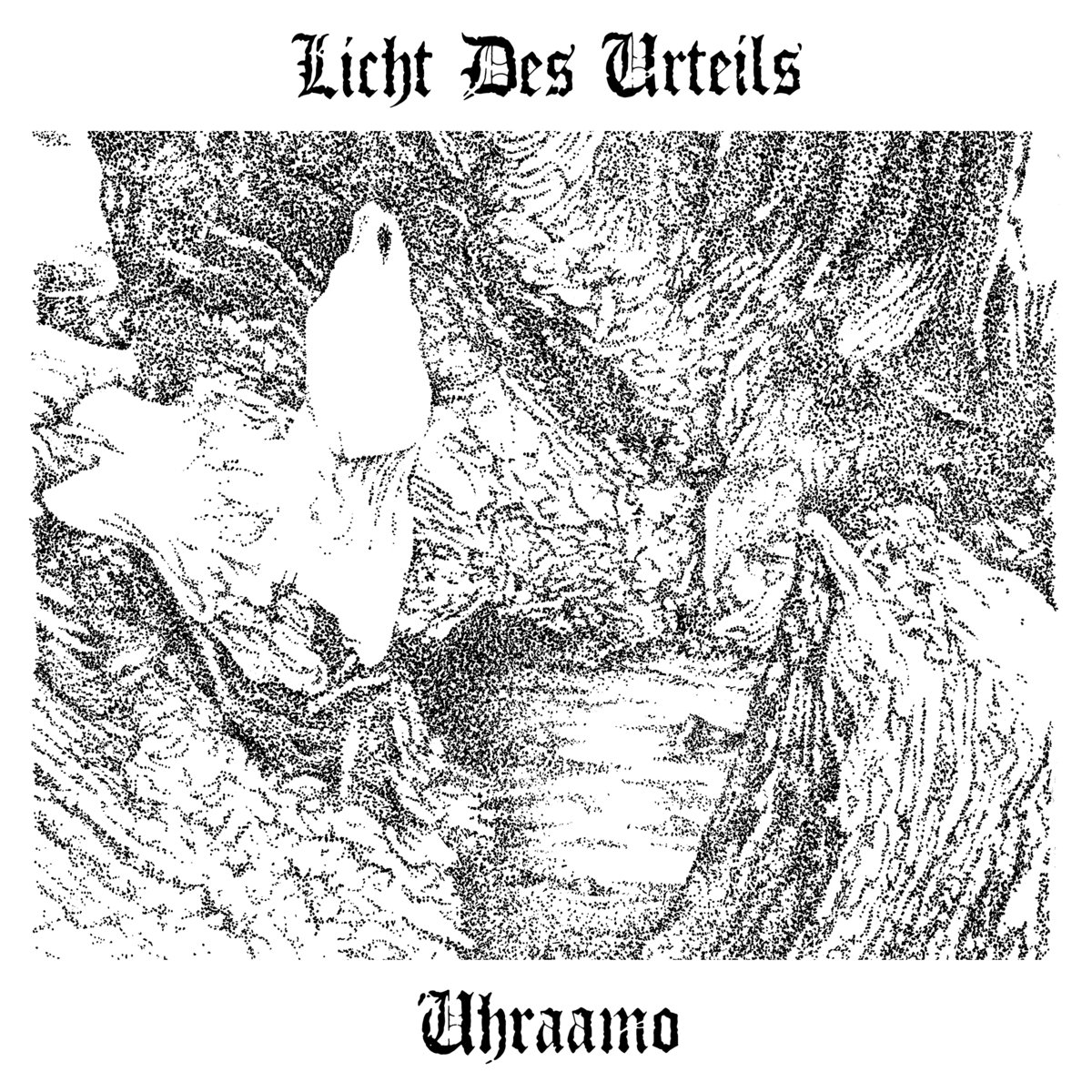 From Tampere, Finland hails the five-piece of Licht Des Urteils. The band was formed in 2018 and quickly released a self-titled demo in 2019, before starting to work on their debut album. This was recorded in 2020 and eventually released in 2022 through Purity Through Fire on CD (with vinyl coming, I hope).

After a simple intro, ‘Uhraamo’ explodes into a barrage of typical Finnish Black Metal riffs, followed by a more rocking passage. And you can argue that the common denominator on the album are catchy riffs and rocking grooving mid-paced sections, something that suggests the band has a more traditional Finnish sound. This is in part the case and most clear on a track like ‘Kuollut’, which already appeared on the band’s demo. However, that description would be selling Licht Des Urteils short. In the title track, but for instance also in the standout song ‘Color Out of Space’, there are plenty of what you could consider typical Norwegian and Swedish Black Metal riffs, and the band mixes these influences quite effectively into a refreshing blend of Scandinavian Black Metal. And more than once, the Speed and Thrash Metal roots clearly shine through in the material on ‘Uhraamo’. The result is a dynamic record, that follows and borrows from Black Metal traditions, but sound fairly refreshing. This is further enforced by vocals that aren’t what you necessarily would call typical Black Metal shrieks.  However, they fit well enough in the musical spectrum of Licht Des Urteils, and are downright excellent in a song like ‘Pagan Altars’. The same can be said for the guitar sound, which has a bit of a Death Metal edge to it, but is sufficiently raw and shrill to ooze the Black Metal spirit. I would only argue that in some of the more frenzied moments of the album, such as for instance at the end of the title track, the production gets a bit too overwhelming.

I’m quite impressed by the debut of Licht Des Urteils. On ‘Uhraamo’ the band manages to combine the best of Finnish Black Metal with their neighbouring scenes into quite a familiar-feeling yet refreshing album.