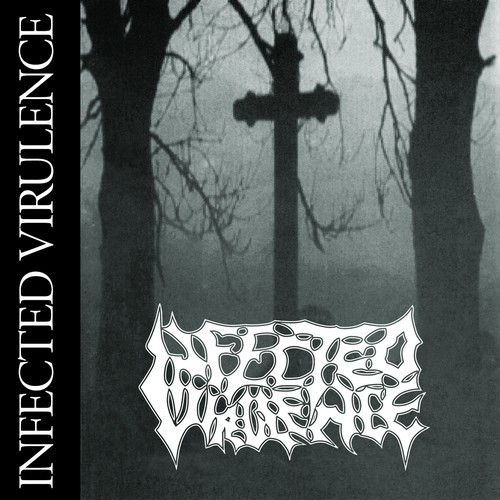 The flame of Bavarian Death Metal band Infected Virulence shone brightly during the early to mid nineties before flaming out. Their debut demo named after the band has found far more longevity, and through OSDM Music Records has had new life breathed into it by two releases, in both 2015 and 2021.

Opener ‘Blood Tides’ uses an orchestral intro to build suspense before ripping head long into snarling Death Metal featuring an angry baritone bass lead as well as fascinating guitar leads. if anything the bass play is more prominent than the guitar work, whilst in the back ground a colossal unstoppable force on the drums keeps things moving at a punishing pace. Vocally Infected Virulence have a filthy, old school early Sepultura vibe going on which suits the music superbly. It’s more of the same throughout the album, with ‘Recently Deceased’ being the track of the demo with a more crushing, thunderous atmosphere and very catchy lyrics!

I can see why this slice of early nineties Death Metal is being kept alive. So much dross gets re-issued these days but this isn’t that, this is a fantastic slice of history kept fresh for future generations of fans to adore and worship. (Luke Hayhurst)