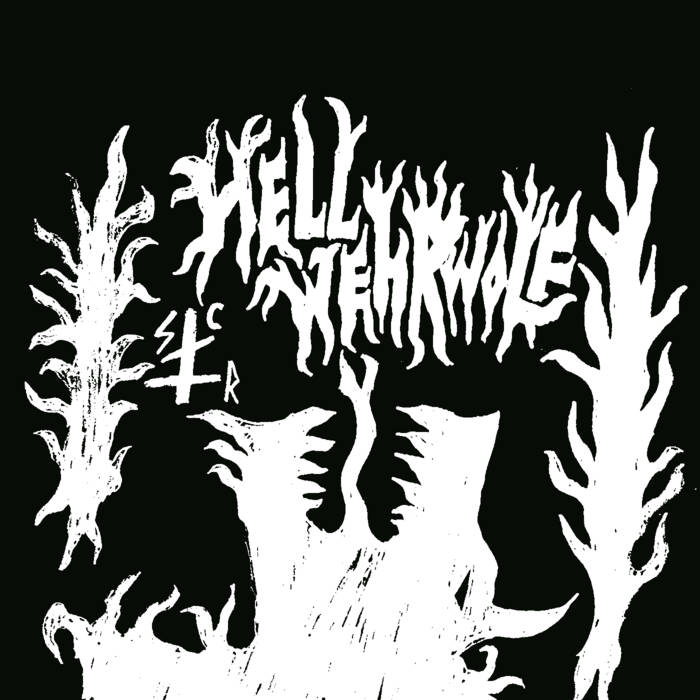 ‘Under Moon’ is no less than the 14th demo from this Russian Raw Black Metal act. They also released a digital split with Kёtkh Trёamёrh, Hlidskjalf and Волот as well as the first full-length album titled ‘Black Satanic Metal Terror’. And all in the space of less than two years. So there is no lack of (un)healthy work ethics and pure enthusiasm.

On this latest feat, we find five songs that fit well into the Russians’ extensive discography. Although the sound has changed, the musical content is one that has remained largely the same over all their previous releases. The Raw Black Metal in which the simple yet fairly catchy rocking riffs form the basis is at times reminiscent of Satanic Warmaster, with the subject matter of course being equally fitting. Especially in the last track, ‘Voice Of Forests’, the melancholy returns that a band like Satanic Warmaster, as well as Drowning The Light, is certainly known for. If you compare the recordings of this latest demo with those of the first, ‘Unholy Satanic Forest’, the difference is mainly in the sound. Whereas the early recordings are a bit more shrill sounding, ‘Under Moon’ sounds a lot more dank and takes on a certain Lo-Fi character which suits the songs pretty well. As do the distorted vocals, the complete the overall picture. Definitely worth a listen for the fan of Raw Lo-Fi Black Metal.