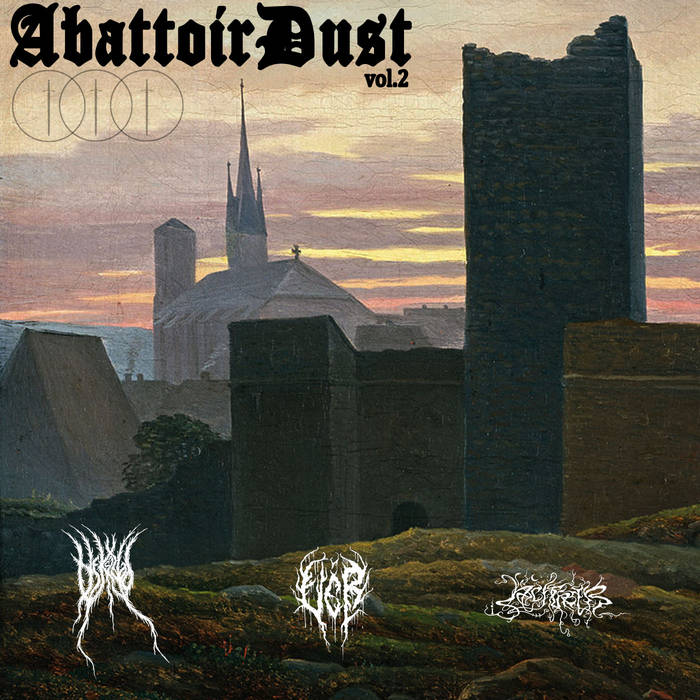 Last year the American underground label Wilt-Shine released a three-way split tape with the name ‘Abattoir Dust Vol. 1’ and had Oppressive Descent, Luminous Veil and Till starring. This years’ summer the second volume of this split series was released. Again with three bands, this time it is Hekseblad, Vér and Nachtheir teaming up for some Northern American Black Metal.

Hekseblad opens the split with three tracks of rather raw sounding Black Metal, a bit different from their work on the previous demo’s/EP’s. The first track is a bit more straight forward Black Metal track while the second one is an ambient-like intermezzo that flows into the acoustic guitar of ‘The Baron’s Lament’ which leads into a Black Metal track that has a firm Heavy Metal riff as its core. That last track turns out into one of the best Hekseblad songs, it is melodic and heavy at the very same time and has a great atmosphere.

The three songs of Canadian Vér are based on heavy riffs and a stuffy production. It does not sound very cheerful and is not very accessible either. The guitar sound is quite raw, but at the same time very little distorted which gives it a very unusual tone. Due to that it does sound a little like the mechanical-sounding period of Mayhem, let’s say ‘Grand Declaration Of War’. But it is needless to say that Vér does sound less compelling or inventive than that underrated Mayhem-album.

The last track of this split tape is provided by the American one-man Black Metal act Nachtheir. A rather lengthy track too, clocking in just under 15 minutes. It is rather atmospheric and it uses its length for tension building and gets into that hypnotizing buzz. But the song is dynamic enough due to the use of keyboard melodies, rather catchy guitar leads and riffs, acoustic intermezzo’s and the tormented vocals – even some mid-period Bathory ohhh-ohhh-ohhhh’s are there to keep the music well balanced and interesting. This all breaks the repetitive character of the main riff of the song. If needed, this reminds me most of Drowning The Light – melodic and raw at the same time. For me Nachtheir is the best band of this split tape, definitely worth your time.