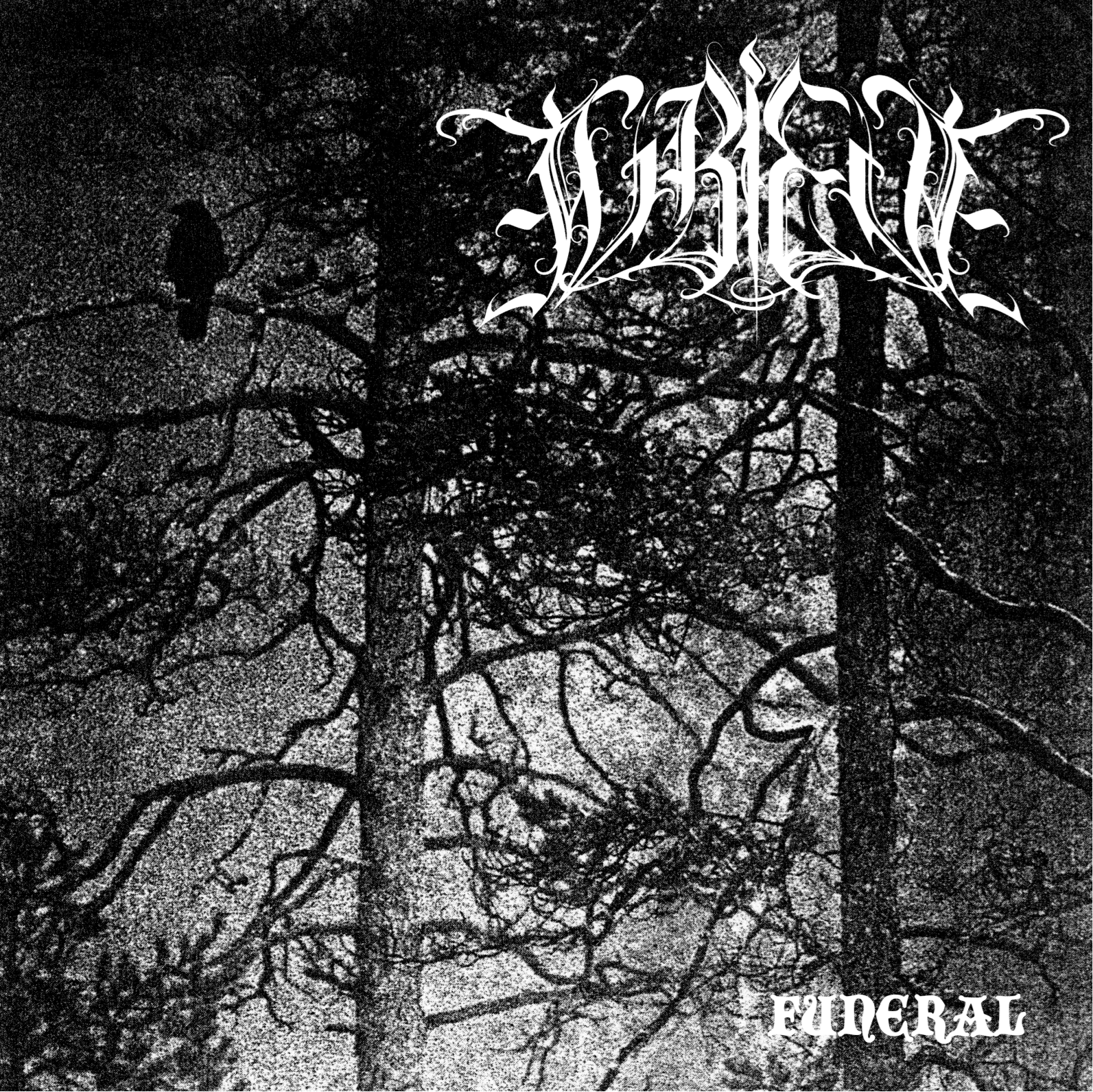 Grieve from Finland led a short but sweet life. After their formation in 2019, the four-piece released their first EP, a self-titled two-track recording (four if you include the vinyl bonus tracks) that was released both as a standalone release as well as on the split with Mørketida. After the release, the band continued without vocalist Valtias and bass player Spellgoth (Horna, Trolheim’s Grott, ex-Prevalent Resistance amongst others). This left just the core of v-Khaoz (Vargrav, Embryonic Slumber, Druadan Forest to name a few) on drums and keyboards and Werwolf (Satanic Warmaster, The True Werwolf, Vargrav, ex-Horna and many more) on guitars, and now bass and vocals as well. As a duo, Grieve recorded their first and only album ‘Funeral’ in summer 2021, which, fittingly with the title, was both their debut album and immediately their swan-song as well.

The seven tracks featured on ‘Funeral’ are no massive departure from the material on the EP. The most obvious difference is of course the vocals, with Werwolf’s iconic shrieks complementing the traditional 90’s Black Metal perfectly. What you can expect from the album is no less than catchy, bonechilling Black Metal that sounds like it was ripped straight from the heyday of the second wave of Scandinavian Black metal. Even though v-Khaoz is credited with the keyboards on the record, those are only used very minimally. Instead, the material sounds more like ‘Kronet Til Konge’ / ‘Monumental Possession’ style Dødheimsgard and early Gorgoroth with that typical Finnish melancholic sound added to it. I sometimes find myself trying to find what’s original about a band or album, but in the case of Grieve I can gladly say: Not a whole lot. And I wouldn’t want it any other way. Their music is crafted with great skill, played with tremendous passion, and sounds like an icecold banger of a record. Tracks like ‘Possessed…’ and ‘Requiem of Mankind’ are exactly why I fell for Black Metal in the first place, frigid beauties in all their captivating simplicity. Music doesn’t have to be original when it’s as good as Grieve’s ‘Funeral’. Those that worship traditional Black Metal should not let this go by unnoticed.