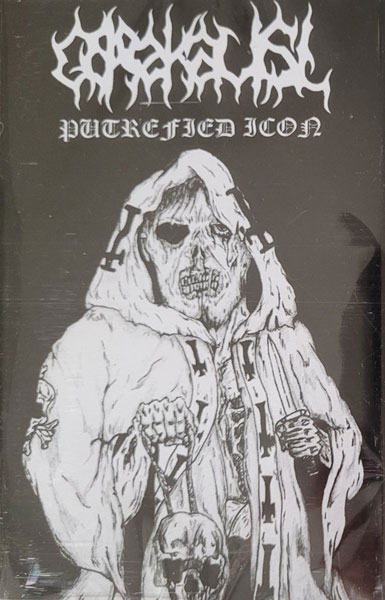 A cassette, unsophisticated Old School Death Metal, Finland…these factors alone are intriguing enough for me to give Gorekaust a good listen.

Newly formed Gorekaust, 2020 to be precise, released a digital single called “The Seed” at first before recording this EP, of which “The Seed” wasn’t originally on it. After a couple of months being available digital only as it was in the  “self-released” category, Necrolatry Records contacted the Finnish gory bunch to release it on cassette with “The Seed” as extra addition.

The sound is raunchy and has a sloppy vibe in the vein of the early 90s and the variation of speed enhances the Autopsy, Pungent Stench and Amorphis’ “Privilege of Evil” ambience. This all combined with some occasional chaotic howling leads, like Abhorrence did, and an apt growl and you have yourself a fine EP with “Putrefied Icon”. (Ricardo)