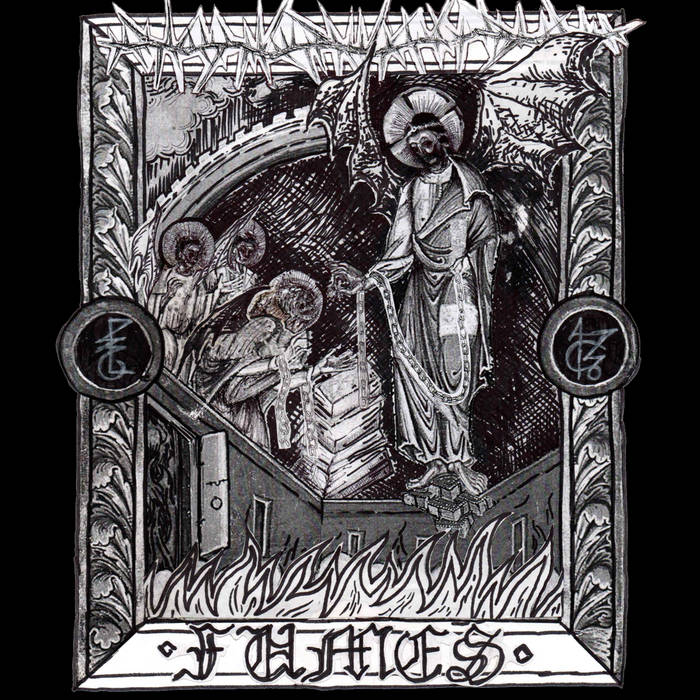 From Mexico City comes this new four-piece Death/Black Metal band who are releasing their first EP with ‘Stellar Murders Upwards’. However, the four musicians in the band are not quite newbies, amongst them are current and ex-members of Black and Death bands like Tomb Of Flesh, In Obscurity Revealed and Infesticide. This whole demo had me puzzled from the start, yet not for the musical content, but because the band had various typos on their Bandcamp page – it was rather hard to decipher what they actually meant.

Anyway, back to the music. Fumes brings a fine mix of Death and Black Metal in the well-known slightly chaotic Mexican fashion. The somewhat stiff staccato, drums and barking vocals are a bit like Archgoat or Proclamation and deliver the most prominent ingredient: pure savagery. The primitive slant of the music provides what each of the bands in this particular genre desperately needs: a spontaneous and energetic character. The sharp riffs have a Black Metal nature, but are of the simpler kind and don’t weave together as smoothly as on a pure Black Metal album, it remains ugly and angular – in a good way. The primitive character is further enhanced by the sporadic high-pitched vocals. This EP consists of two songs with a calm and instrumental interlude to keep the two apart and clocks in all together just under 12 minutes, yet it still gives a good idea of ​​what Fumes stands for.

After listening to this EP a number of times, I can happily say that the gentlemen of Fumes can play better than they can spell. Considering that some of these musicians’ other bands got released through Blood Harvest Records, I wouldn’t be surprised if that label would also take care of Fumes, musically it fits right in. So… Blood Harvest, come on in!