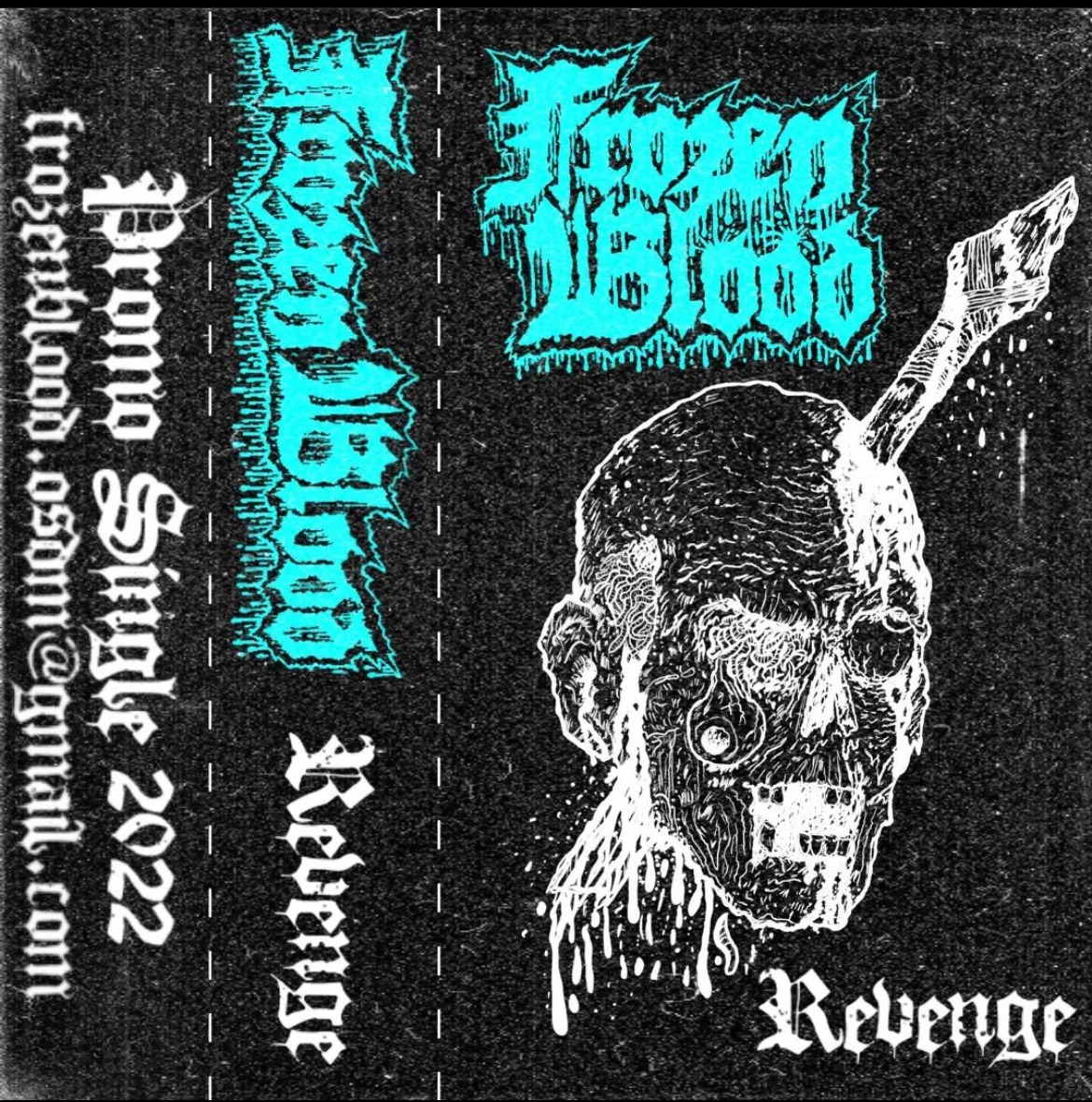 Frozen Blood is a new Old School Death Metal duo from Chile who will be releasing their debut demo tape by the end of this year through Diabolical Summoning from Chile and Death In Pieces from Mexico and, for the ones who do prefer their music on vinyl, it will also be pressed onto wax by Adirondack Blackmass from the USA. With ‘Revenge’ they release a teaser to get us ready for their full-fledged attack.

The song is introduced by an eerie sounding piano and then erupts into a relentless American styled Old School Death Metal onslaught. The gritty guitar sound is reminiscent of that of Autopsy, but also bands like Incantation or Funebrarum come to mind while listening to this 1-track promo. That eerie piano (right?) tune does come back halfway the track and adds to the gloomy atmosphere and does remind on some of the classic Dutch Death/Doom bands from the early 90’s especially with the vicious blasting outbursts to gives the music that mandatory dynamics. The song ends with that same creepy tune that really crawls under your skin and makes push the ‘play again’ button.

Though this is only one track, it certainly does what it was set out for: it whets your appetite for all things vile and gruesome. I am very much looking forward to the full demo by this new and promising Chilean band.