Faustian Spirit – Blessed by the Wings of Eternity 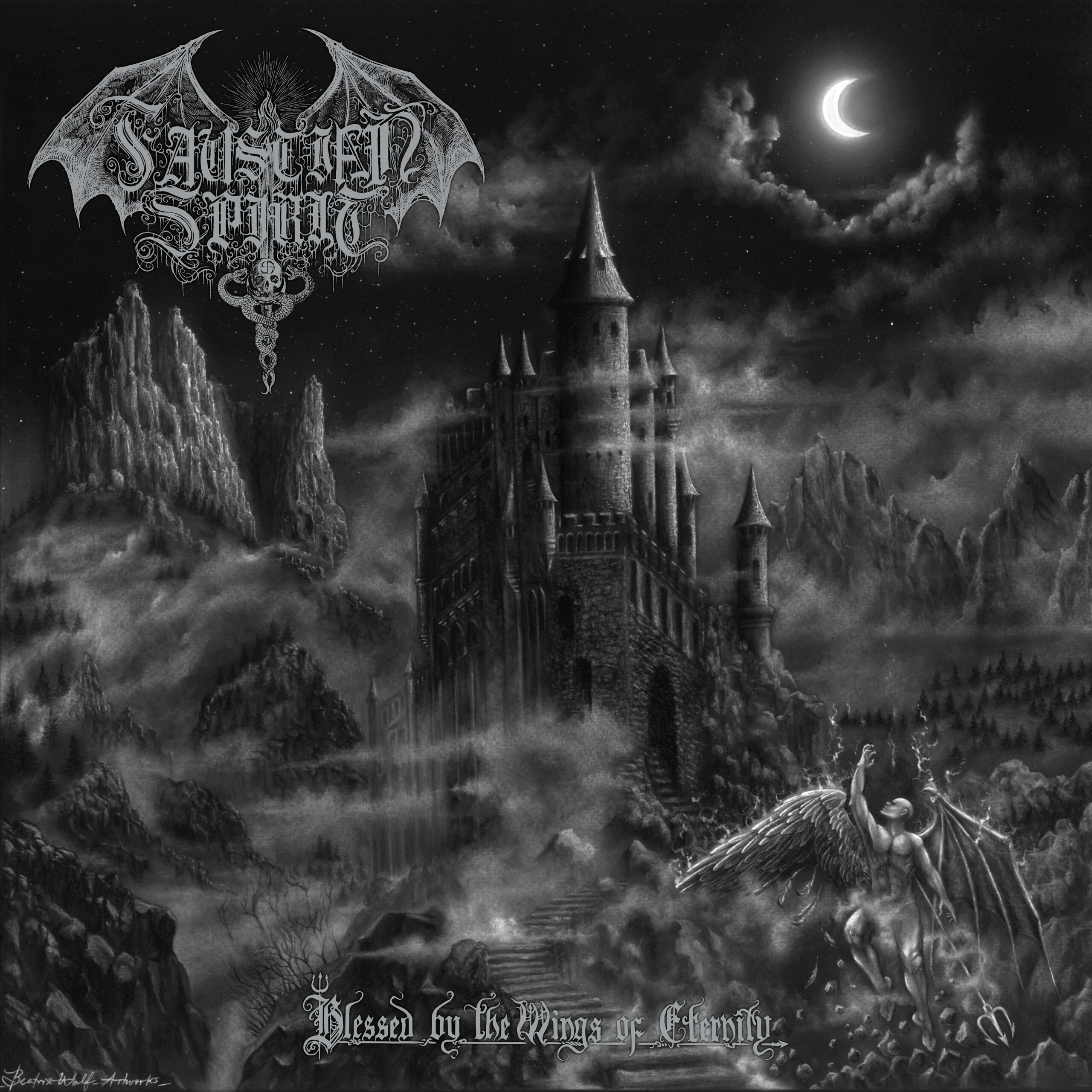 I am a fan of murky production values on the whole. There are some Old School Death Metal releases that would be very ordinary without them. Sometimes though a release is crying out for better production and for whatever reason, be it costs or studio availability, it just doesn’t come to fruition. ‘Blessed by the Wings of Eternity’, the debut album of Chilean Black Metal band Faustian Spirit is one such release. It has the impeccable cover art which is so well rendered the moonlight seems to be shining brightly out at you, the amazing detail put into the castle and grounds, and the brooding menace of the mountains to the rear. It’s a truly superb piece of art, and it adorns an album rife with excellent song-writing, engaging musicianship and above all else, a set of songs that draw you in and entertain you. Only one thing lets it down, and that as you may have guessed is sub-par production. Somebody please re-master this album and get it on vinyl because it will sound superb!

With that out of the way, lets discuss what makes this debut opus by Faustian Spirit so good. To start with it simply has everything I want in a Black Metal album. I want my Black Metal drummer to be heavy on his symbols, to punish me with double kick aggression and then switch it all around and blast-beat me into oblivion. All boxes firmly checked on the drumming side of things. I like my Black Metal vocalists to be more on the growled, menacing side. Powerful, angry, bitter and ravenous. Check! In all genres I want a bass player who really mucks in and has a distinctive sound. I want to hear the rumble of the bass throughout. Check! And then there are the guitars. I want to be engaged in my music, and what I don’t want is simple repetition. So its wandering guitar leads for me, taking me on a musical journey through the darkness and the murk and the bleakness. You guessed it, check! What’s that? You want to throw in a little subtle synth to add depth to the atmosphere? Well go on right ahead and don’t you let me stop you. Yes, this album has everything I want, including intense, grinding guitars that produce a wall of furious Black Metal sound and even as an added little bonus an instrumental track in ‘The Faustian Archetype’ that reminded me a little of Hate Forest with it’s clean guitar tones, the sound of a log fire burning in the back ground and a simple yet effective melody.

Give this album a grand new production budget and you’ll have a masterpiece. As it stands with the slightly poor production on offer here, and it is only slightly poor, and you are left with just a really good album! Not a bad consolation really though is it? (Luke Hayhurst)