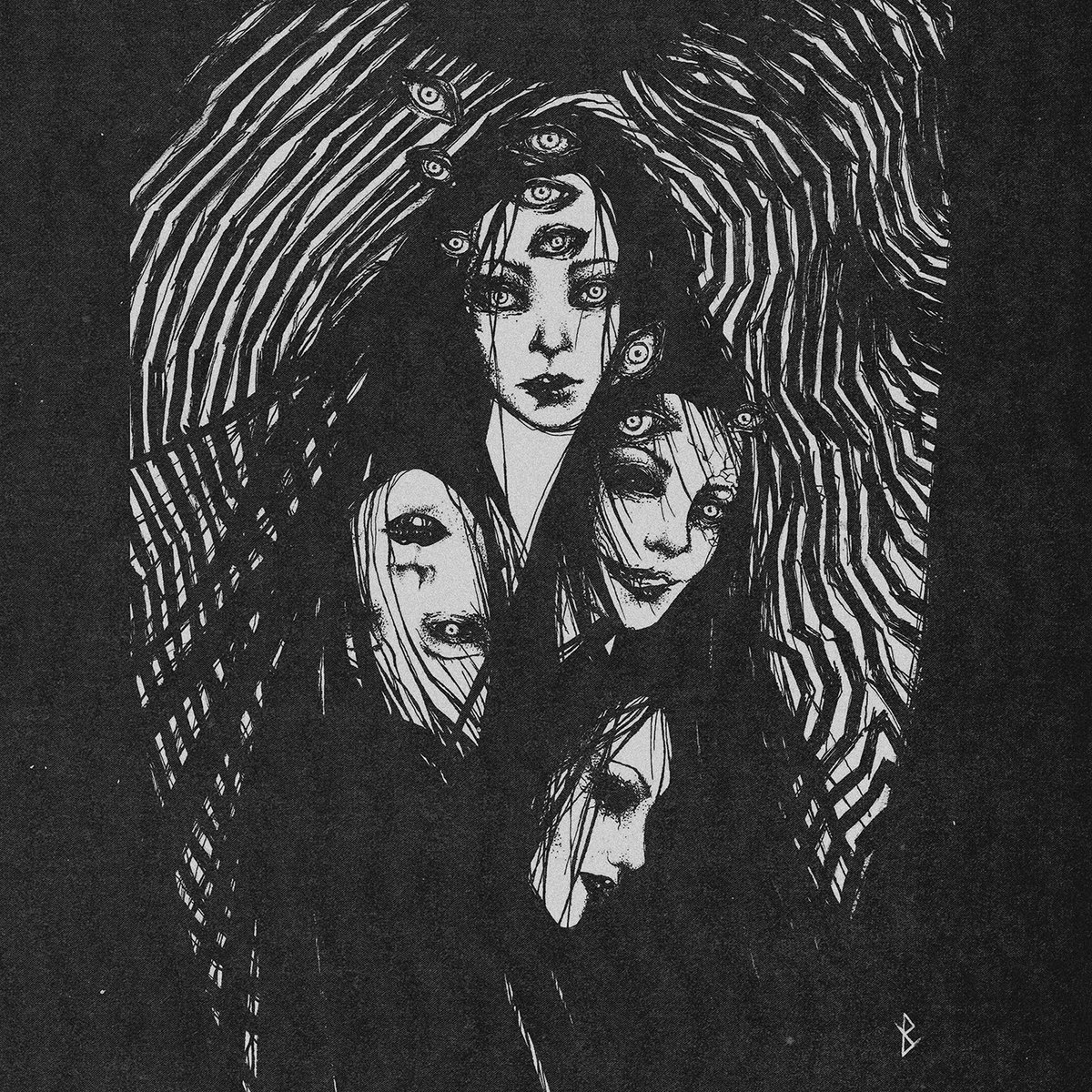 The last time we heard any new material featuring French Black Metal vocalist MkM was the release of Antaeus’ relentless `Condemnation’ followed by Aosoth’s swansong `V: The Inside Scriptures’ in 2017. As an admirer of both bands, it came as a pleasant surprise when, seemingly out of nowhere, I heard his all too familiar voice on a self-titled demo by Destruction Ritual. This fairly new band not only features MkM, but also fellow Frenchman TerrorReign of Necroblood/ Impure Ziggurat and American guitar player Arafel, while for their first release the band are assisted by the talented session drummer Blastum.

As soon as the demo starts it’s immediately clear that MkM hasn’t lost any of his signature style. When you add that the recordings were mixed and mastered in BST studios, there is a lot that’s familiar on the Destruction Ritual demo. And at times Destruction Ritual does strongly hint at the Antaeus sound in particular. This is especially clear in `Chants of Relentless Violence’, when the song builds from mid-paced sections to furious outbursts. At the same time, the opening riff of `Broken Vows & Unspoken Truth’ features a bit more of the signature trance-inducing riffs of Aosoth. But while the overall sound, vocals and bouts of fury are undeniably there, Destruction Ritual mostly stays further away from the chaotic frenzy of Antaeus and the dissonant unorthodox Black Metal of Aosoth. There’s much more room for mid-paced riffs, and even the occasional solo such as in the predominantly mid-paced `A Blade as Pure as a God’. You could say that Destruction Ritual draws a fine line between a more reigned in Antaeus and a less atmospheric and ritualistic Aosoth, while adding some fresh new elements. Time will tell if this mix turns out to be as strong and memorable as Antaeus and Aosoth have become, but for now the material on this demo certainly provides us with a very promising teaser of what could come from Destruction Ritual.