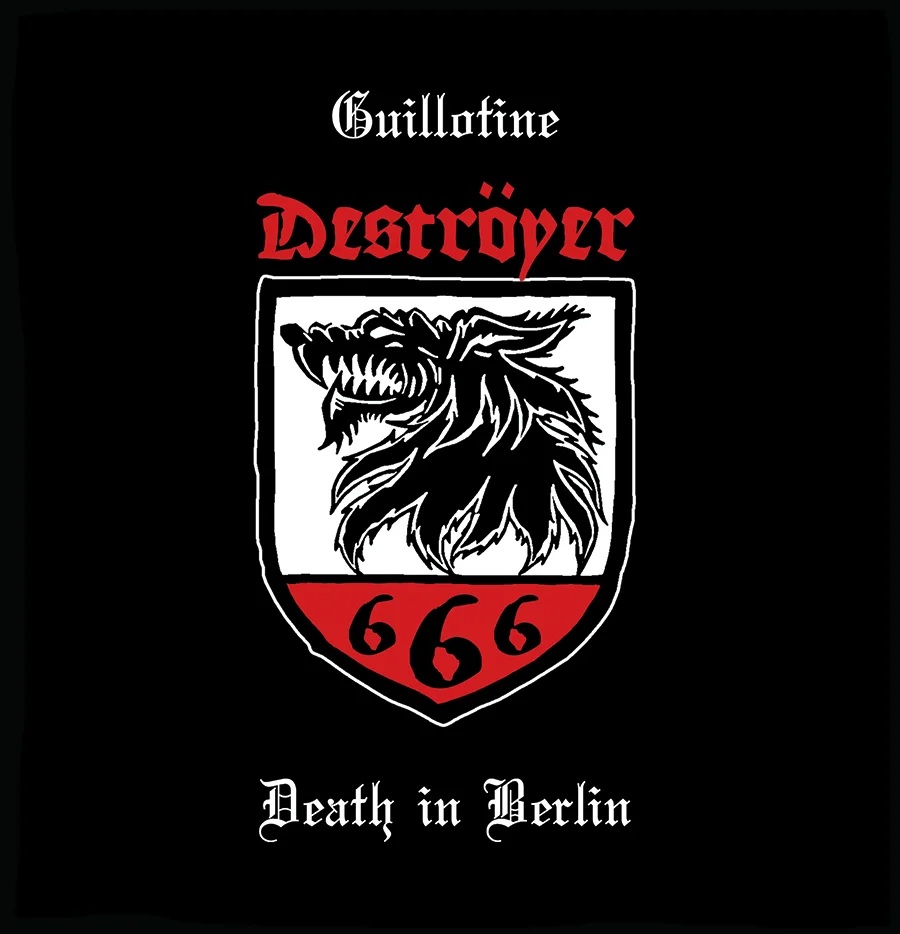 Seemingly out of the blue there is this new sign of life from one of the most iconic Black/Thrash bands. Although influential, Deströyer 666 has not been very productive in recent years. The last album, the amazing ‘Wildfire’, dates back to 2016 after which we were only presented with the slightly less convincing ‘Call Of The Wild’ 12″ EP in 2018. But with this new 7″ EP in hand the band is seemingly still alive and kicking and these two new songs even are prelude to the upcoming album that will be titled ‘Never Surrender’.

On the aforementioned ‘Call Of The Wild’, the band seemed to slow down a bit and focus more on a slightly more Heavy Metal-based sound. A change that, looking back on it now, could already be partly heard on ‘Wildfire’. Of course, on all previous work we encountered the bands’ penchant for Heavy Metal and catchy leads and sing-along choruses with some regularity, but it seemed to have been taken a bit further on that latest 12″ EP. That Heavy Metal slant was especially well heard on songs like ‘Stone By Stone’ and the title track on which we hear some rough and crude Heavy Metal that is somewhere between older Heavy Metal in Swedish and German fashion – high falsetto outbursts and gang vocals included. To put it short, the emphasis has shifted more to catchy song writing and less to the band’s Black Metal roots.

This chosen path may not be easy for everyone to digest, but for me it works just fine. ‘Wildfire’ was already a very successful exercise in catchy Black/Thrash, and although ‘Call Of The Wild’ may have been a bit of a touch off, the band sounds nice and catchy again on this new 7” single. The title track is filled to the brim with well-written riffs and melodies, after a play and a half you’ll find yourself already roaring along unnoticed – “What happened to my country?“. On side B of this 7” EP, we find a track recorded exclusively for this release, ‘Death In Berlin’. This song is an extension of ‘Guillotine’, catchy riffs and guitar leads and, of course, once again you find yourself singing along loudly with K.K. Warslut – “Iron fist of war!“.

The prime suspect for that far-reaching implementation of Heavy Metal influences is Felipe Plaza Kutzbach. He joined the band in 2015 and was involved in both of their latest releases. With his penchant for Epic Heavy and Doom Metal (himself active in Procession, Nifelheim and Scald and also played live guitar in Solstice). He might just have brought all these influences of the table and let them seep further into the DNA of Deströyer 666. In any case, he is credited as (co)writer of both these new songs and also on the title track of the ‘Call Of The Wild’-EP. So without strong evidence to the contrary, Felipe is hereby convicted in absentia to an eternal life in Metal!

‘Never Surrender’ will be unleashed on humanity on December 2nd. While having already had a taste of this, I have no doubt that this album will again be of great class. Anyone who thought the band already showed too little of their original sound on ‘Wildfire’ and ‘Call Of The Wild’ can probably let this new album go by unheard. The rest can get ready for an Iron Fist of war!