Cult Of Eibon – Recollections From The Chthonian Empire [Compilation] 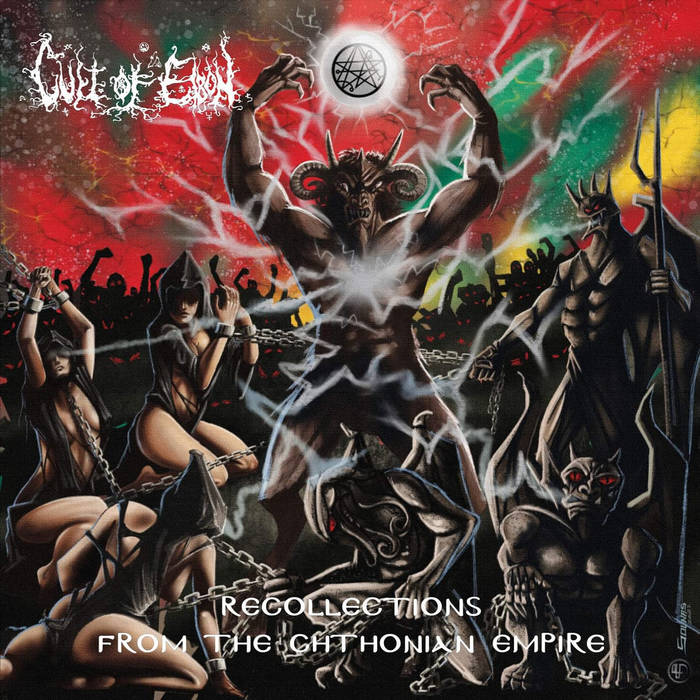 For those who like Cult Of Eibon, or Greek Black Metal in general, but are not into collecting vinyl, this compilation CD is godsend. Because although the ‘Lycan Twilight Sorcery’ 12″ has also appeared on CD, the rest of the songs on this CD are (or were) only available on vinyl. In doing so, it gives a good overview of the band’s first three steps and, for dessert, the bands also treats you to two ‘new’ songs.

The songs are presented in a-chronological order, meaning we start with the tracks from the split with the equally good Caedes Cruenta from 2018, then comes the 2016 Iron Bonehead Productions released ‘Lycan Twilight Sorcery’ 12″ EP and then the band’s debut, the ‘Fullmoon Invocation’ 7″ EP. While the band’s musical direction has remained unchanged, ever based on the authentic primal sound of Varathron, Thou Art Lord, Necromantia and Rotting Christ, it is the difference in sound and recording quality that is most striking. While it can by no means be called bad and certainly is above demo level, a certain progress in writing pure and authentic songs can be observed without fail. The roughness of the material only adds to that beautiful and ever-mesmerizing Hellenic sound we have come to love so much.

The last two tracks, which were previously unreleased, also follow that same musical path and fit seamlessly with all the previous work – which, all in all, lasts well over a full hour. Although the first track, ‘Epilogue’, is a piece of spoken text and not a musical contribution, it does add to the occult atmosphere of the band’s music. The final track, ‘The Dweller Of The Woods’, is a demo version of the song that would later end up as the  second track on the ‘Lycan Twilight Sorcery’ 12″ EP. It goes without saying that this early incarnation of the song has a (still) slightly rawer and rougher form, but it is a nice addition for the real fan of the band, but on the other hand it doesn’t add all that much.