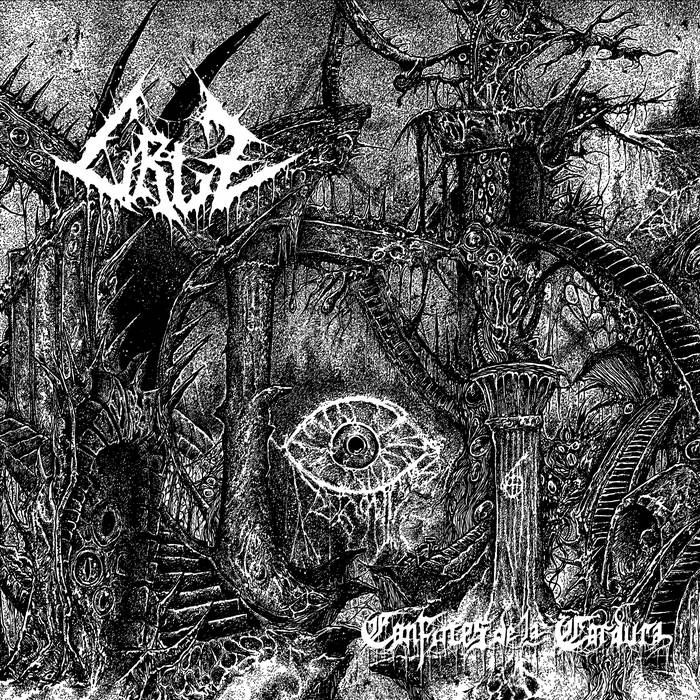 Spain has proven to be a good purveyor of Death Metal over the past decade-plus. Whereas at first the scene was a bit limited to Avulsed and some more obscure bands like Necrophiliacs, in more recent years, bands like the excellent Atraxy, the ultimate lubbers of Teitanblood and the somewhat more standardly leaning towards Swedish Death Metal Graveyard have emerged (to name just a few). A somewhat lesser-known name, but definitely worth mentioning, is Cruz, whose debut album was released in 2016 via Sentient Horror Laboratories/SelfMadeGod Records/To The Death Records. It took a while, but then in the final months of 2022, the band released its long-awaited follow-up. And I can tell you in advance: it sounds nowhere near as sunny as Santa and certainly not as beautiful as Penelope.

On first listen, the Death Metal on offer sounds pretty basic and follows pretty much all the well-trodden paths of the genre. And in fact, it does, Cruz will not surprise you with their refreshing take on the genre or with otherwise innovative tomfoolery. Instead, they force-feed you with incredibly well-executed classic Death Metal. This is what old school Death Metal should sound like. Deliciously up-beat, razor-sharp riffs, deep dark bass and a vocal delivery that couldn’t be more aggressive.

The variation in tempo and the almost Ambient-like interludes added here and there give the listener somewhat of a breather. Otherwise, this is just an Old School frenzy of unparalleled beauty. The vocalist Javi, still present on the previous album, has been replaced by Narcís on this new work, he gives the music an even more aggressive and vicious nature while at the same time he clearly possesses a distinctly more versatile vocal style. This also puts Cruz a bit further away from the more standard Autopsy/Entombed mix of the debut album. Although those two bands are still audibly influential on the current sound, Cruz manages to show a bit more of their own face now. In that respect, I think Cruz is most comparable to Nominon, another band that honours Autopsy and the HM-2 tradition without sounding like a direct copy and usually knows how to press the accelerator well.

Nope, definitely not as sun-drenched as Santa and not as pretty as Penelope, but Cruz definitely is able to pull off that sort of Death Metal that has this similar irresistible attraction. Just like its predecessor, ‘Confines De La Cordura’, is one of the best Death Metal records to come out of Spain.