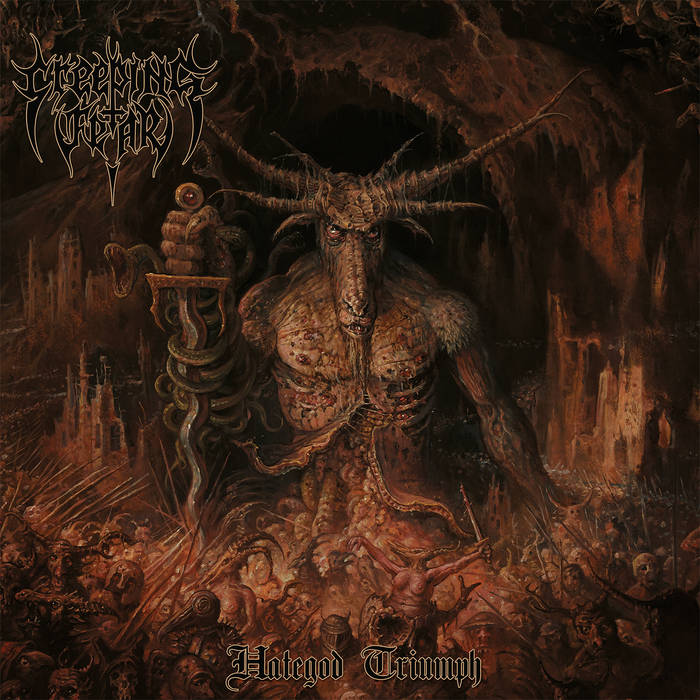 There are a few things in life that get me excited. Raising my child, Kentucky basketball, Greenbay Packer Football, AND DEATH FUCKING METAL! So when I get an email from my good buddy Alex from Dolorem Records to review the new full length from Creeping Fear, I happily obliged. After doing some research on the French outfit I discovered that the new album titled, “Hategod Triumph” was mastered by one of my Death Metal hero’s Dan Swanö and the art was done by the mighty Paolo Girardi, I was in before even hearing a note. So when I pressed play I was instantly hooked.

The assault begins at the first song, “Collapse”. Opening up with an ominous riff straight into a barrage of riffs that’ll make anyone smash the nearest wall. Crisp production but not overly produced. Vocals are ferocious and there’s an infectious groove throughout the record. Blast beats are clean as hell mixed with some great vocals.

If you’re looking for some of the OSDM revival, well you came to the wrong place. Creeping Fear plays their own brand of Death Metal similar to Angel Corpse and Hate Eternal. If that doesn’t peak your interest then I guess you’re in the wrong place. Fast, aggressive, pure Death Metal with no fillers. Guess there’s one good thing about Covid 19 and that’s bands honing in their sound to deliver what we need as a society. DEATH FUCKING METAL.