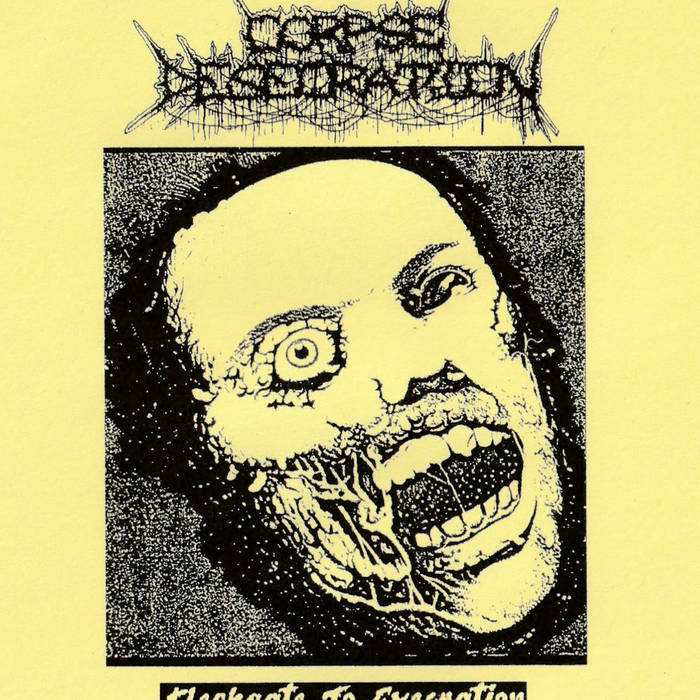 Corpse Desecration is a Cleveland, Ohio based Death Metal crew and released their first demo only a couple of days ago. Apart from their origin, no further information about the band is available yet, so the music should do the talking then.

This 5-track demo, with a playing time of about 15 minutes, offers some of the crudest and most cave-man like Death Metal possible. Not much in the current ‘cavernous’-way, but in a stripped-down minimalistic fashion. The aggression and raw production gives this a true late-80’s demos Death Metal vibe. The utter raw savagery does remind me of early demos from bands like Massacre and Possessed and the whammy bar soloing and strong song writing skills are not much unlike the earliest recordings of Malevolent Creation. Yet, I don’t think comparisons are much needed here, the music reflects the early first steps of the entire genre as a whole. It reminds of times when metal was divided into super-demarcated boxes and when everything was still called ‘Thrash Metal’, from Venom to Napalm Death and from Possessed to Megadeth. On ‘Fleshgate To Execration’ you can indeed hear clear influences from Thrash Metal and even a punk vibe in some riffs. The energy and sheer enthusiasm burst from these five short songs. That is reinforced by those spontaneous whammy solos that come through a little extra powerful due to the rough and gritty sound. Corpse Desecration delivers an awesome demo with ‘Fleshgate To Execration’.