Brotthogg – The Die Is Cast 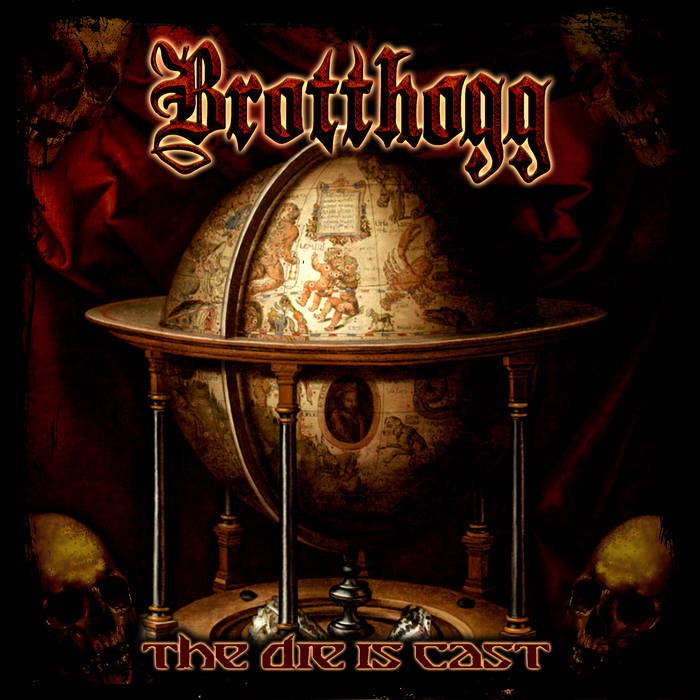 This Norwegian Black/Death metal project presents one of the strangest line-ups that I’ve seen in a while. Mastermind Kristian Larsen Moen is responsible for the whole song writing and music arrangements except the guitar solos which were recorded by Stephen Carlson. Two singers complete the whole thing, yes that´s right two: Jonas Moen and Craig Furunes. Their growls and shouts sound very similar, that´s why it’s sometimes impossible to distinguish both. If you listen very carefully, one of the two has a more emotional touch and more groove in his performance. Nevertheless this unfamiliar line-up works. Meanwhile “The Die is Cast” is their second album.

Let´s talk about the music. “The Die is Cast” is a real and solid Black/Death metal record. Here and there are some Thrash elements and melodic solos to complete everything even more. It´s obvious that Blackened Death Metal isn’t a new genre but in my opinion the focus should be on how this genre is performed. In case of Brotthogg we are definitive in the masterclass of the dark arts. The longer I listened to the songs the more I recognized the awesome performance on this beautiful dark production. The guitar riffing switches perfectly from Black to Death metal and the keyboards create a nice nocturnal atmosphere.

Brotthogg are for sure the most promising newcomers in Norway. Go and check it out.