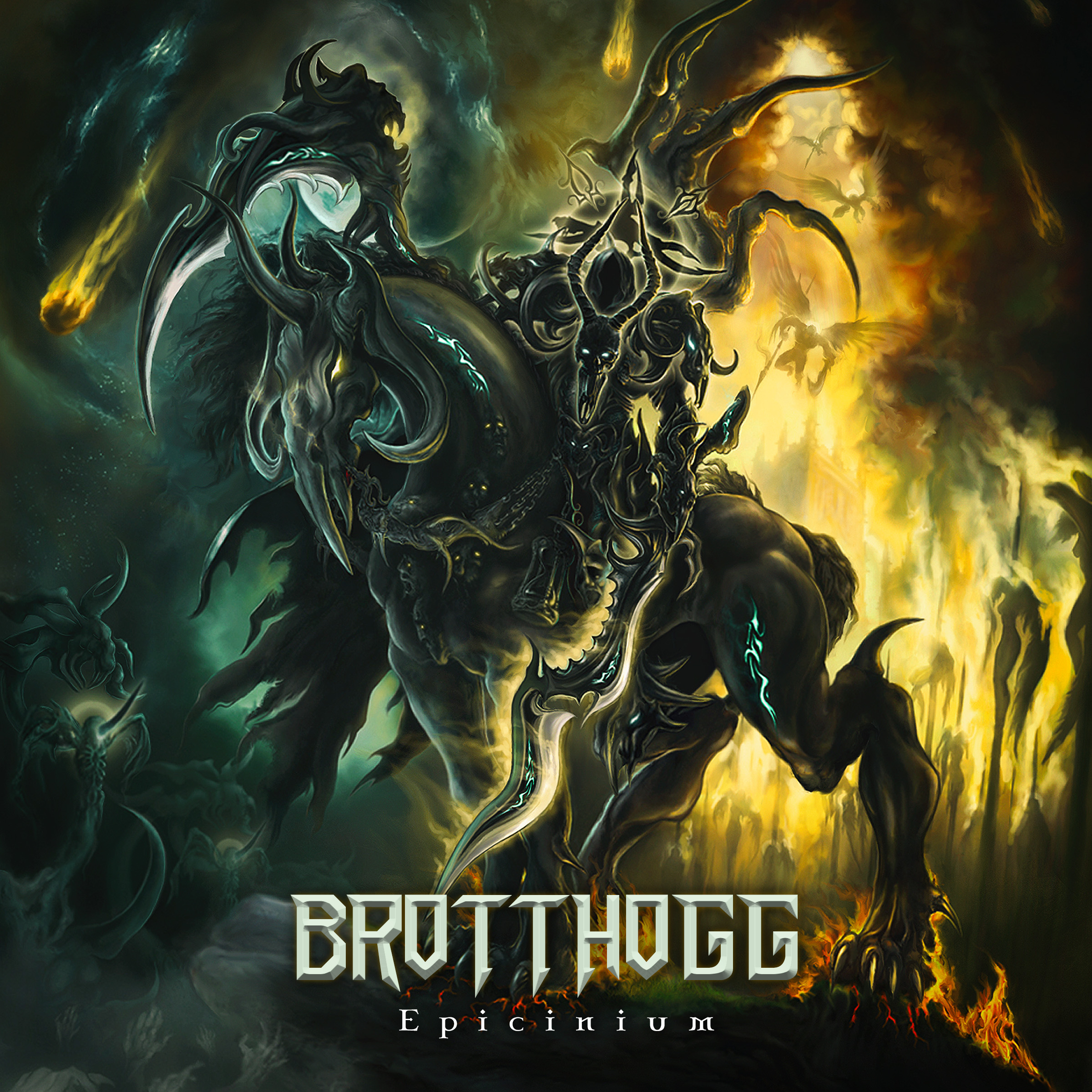 Back in 2020 one of my colleagues here at VM-Underground labelled Brotthogg as the most promising newcomers out of the Norwegian metal scene. That is quite a bold statement and one that might put quite some pressure on the shoulders of the musicians too. Now that we are two years later, the first thing that catches the eye is that the band has not been signed and is again releasing this third album digitally themselves.

Featuring the Moen brothers, with Kristian Larsen still in charge of all instruments and Jonas de together with Craig Furunes handling the vocals, the bands comes up with seven new songs under the name ‘Epicinium’ in equal parts. Once again, they weave melodic Black and Death Metal together into a fairly accessible mishmash. However, without really having any colour. At times, nice riffs and good melodies come along, but in the end it doesn’t really take wings anywhere and it all remains pretty square and flatfooted. It follows all the well-trodden paths rather neatly and nowhere does it dare to challenge, experiment or really accelerate. The sound is also very neat, making the (programmed) drums come across as very clean and the whole thing sounds rather soulless. It is a bit like the digital artwork, at first glance it is looks great but at a closer examination it loses its magic.

While I obviously respect the opinions of my esteemed colleague(s), I cannot quite share them in this case. I’m sure that Brotthogg will manage to captivate quite enough listeners, but I’m also pretty sure that the band really needs to give a bit more to take themselves to the next level. To me the Norwegians are not quite ready for the title of ‘most promising band from Norway’, that is something that is not easy to achieve anyway in the ever-swirling musical climate of the Scandinavian country.