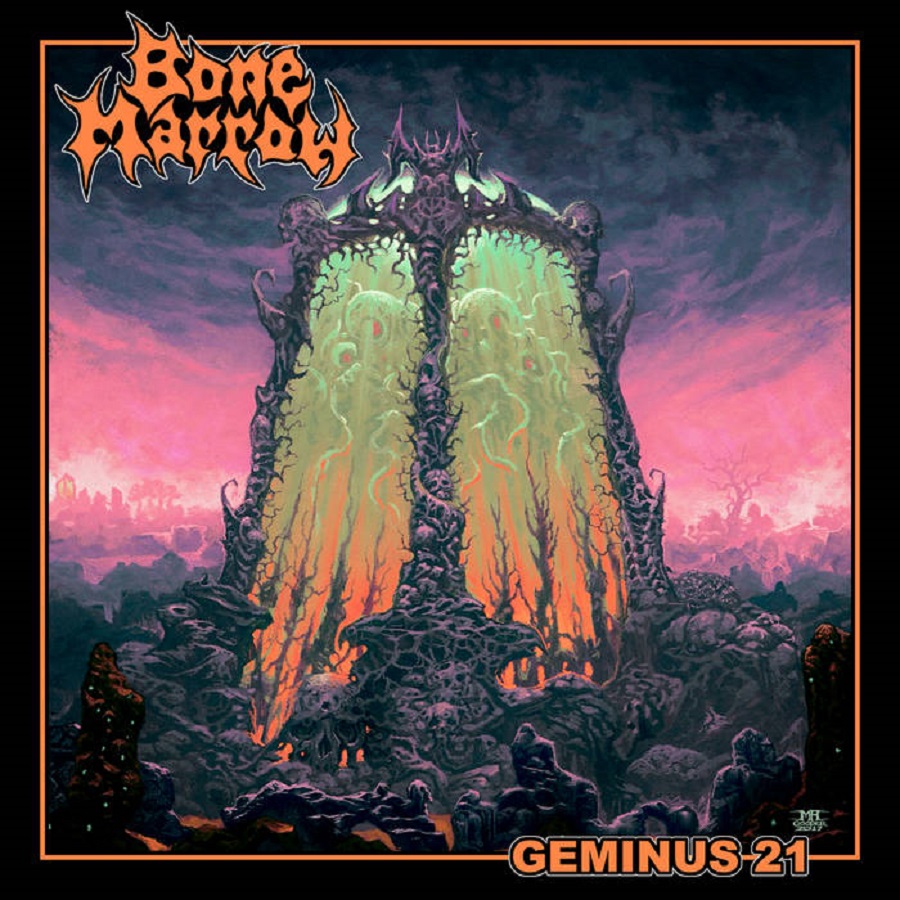 On Bone Marrow’s 2018 demo the band sounded like some quirky Grindcore band with some clear Death Metal influences. With song titles as ‘Smart Phone, Dumb Cunt’ and a similar musical approach, it had a certain Gorerotted vibe to it. Downside of it all were the mediocre vocals, that somewhat hold the band back from getting wings and reach bigger things. I kind of forgot about the band, but recently found out they had a ‘new’ 2-track EP that was released in 2021.

And it was quite a shock to find out that the band had changed so much. I really had to double-check whether it was still the same band. But it is. This is Bone Marrow from Australia, but they have dropped the Grind from the core and actually turned it the other way around. Now it is a Death Metal band with some touches of Grindcore – remarkable enough is that I still hear Gorerotted in there from time to time. But it is way more than that, it is melodic, well-played and blessed with quite a crisp production too. It does now fit in with the current Death Metal scene in which there is room for both the Old School sound and some melody and variation as well. The crunchy guitar riffs are quite reminiscent to bands like Paganizer or Skelethal for instance. The much clearer production, courtesy of Brendan Auld, gives full strength to all instruments and the vocal abilities of Taylor Burnett. With this new approach they do, however, play a little on the safe side, in both song writing and production-wise. Where their 2018 demo sounded murky and muffled, it actually had much more of an own musical identity whereas these two tracks, albeit sounding great, might just drown in the big pool of bands that just sound alike.