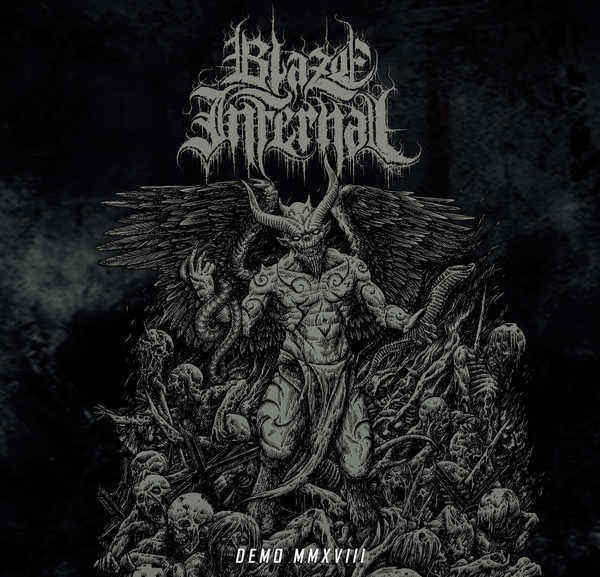 Thanks to nowadays technology you just form a band, record a couple of tracks, contact an artist on Social Media, throw the music online and there you go….proof of existence. Blaze Infernal from Indonesia was just barely formed by Rizki Sachroni, also the owner of Eastbreath Records, before recording the demo.

With help of some guests he created 2 songs, as the intro is just some heavy breathing and titled as “The Beginning”. After the intro you will hear 2 tracks in the vein of Vital Remains’ “Dechristianize” and Suffocation during “Souls to Deny”, in other words Death Metal that is brutal and technical and with some occasional leads. I definitely hear some potential on this demo but I would like to advise to change the guttural vocals a bit. Especially during “To The Void … (Godless is Truth)” it just doesn’t blend in. Same goes for the dissonant riff passage at the end of “Gods Amongst Men”, which is something unexpected at that moment, yet I think it doesn’t fit and isn’t necessary. But still…Blaze Infernal has potential. (Ricardo)