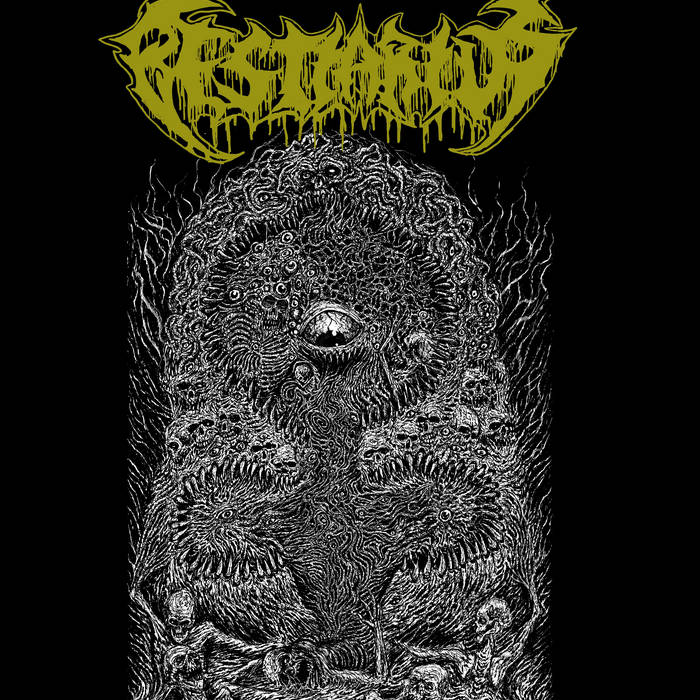 Fresh out of Lima, Peru comes this new EP from Bestiarius. Which is the follow-up to the 2020 demo tape and digitally released by the band itself. With their all-consuming mix of Bestial Black, Death and Thrash Metal, the band puts their country even more firmly on the map of unpolished gems of metal.

The basis for Bestiarius is a form of metal that is reminiscent to bands like Blasphemy and Proclamation. However, it is slightly less chaotic and less one-dimensional, it comes with a lot of fast bursts, fierce riffs and a lot of reverb on the vocals. This puts it pretty close to Necrowretch’s early offerings in terms of sound; in particular, their very best work, the ‘Putrefactive Infestation’ 12″ (2011, Me Saco Un Ojo Records/Detest Records) is a clear musical parallel. In contrast to Blasphemy, Bestiarius regularly restrains its tempo and gives room for eerie melodies and a sinister atmosphere and even some guitar solos. In less than 20 minutes, the four songs race by and offer a truly great experience for anyone who loves sepulchral Death Metal: blackened riffs, haunting vocals and interesting play with dynamics, it’s all there. It manages to lift a genre that is thought to be quite limited in possibilities to another level, which is definitely an achievement worth mentioning. It also sets the bar high for the band to further expand their musical identity with the successor, without losing strength or completely letting go of the genre.

In addition to fans of the aforementioned bands, fans of Dead Congregation, Grave Miasma, Merciless, Possessed and Autopsy can’t go wrong with this. Definitely one of the best South American EP’s of late. I am quite sure it will only be a matter of time before this band will get these recordings released through a good label.