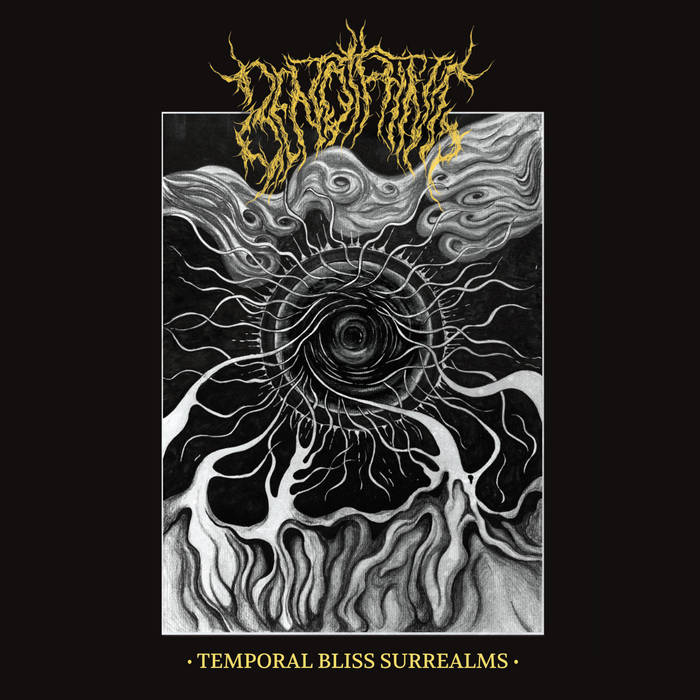 Originally released at the end of last year on both cassette tape and CD formats, this EP from Finnish Death Metal band Benothing finally found its way on 12” vinyl too – blame all the useless vinyl reissues of despicable pop music for the current queues at the pressing plants. For those who missed the initial release in November 2021, Benothing are a relative new band, founded in 2017 but were only able to present their first EP four years later.

In the line-up we find current Purtenance singer Aabeg Gautam and ex-Rotten Sound guitarist Kristian Toivainen. And, frankly, with a little goodwill and imagination, that kind of shows through. Though not overly Finnish sounding, in the meaning it has no obvious Demigod, Convulse or Abhorrence vibe going on, it still has a bit of that grinding sound. Which is further emphasized by Toivainen’s fast chopping and slightly dissonant riffs, in which you can clearly distinguish his previous experience in the blisteringly fast and intense Rotten Sound. As a fan of both the extremely fast Grindcore scene and Finnish Death Metal this should really be my cup of tea, but the fact is, I am not completely convinced yet. Though the Old School Death Metal, with enough kind nods to current American styled Death Metal too, sounds pretty smooth, it lacks a bit of that extra spicy ingredient to make it really stand out. The feeling of the band not really pulling off a mind-blowing show here is best captured at the third track, ‘Absurd Malignancy Within (Sapiens Apoptosis)’, in which the band comes up with a song that could basically anyone’s in the current Old School Death Metal scene. A tried and tested recipe of Thrashy drums, chopping riffs and Martin van Drunen-like vocals. It is those vocals, by the way, that I am least impressed by – it even gets on my tits towards the end of this 30-minute ride, as Gautam is starting to sound more and more like Van Drunen as the EP progresses. But you can also turn it around and look at it from a positive side, the musical material offered fits perfectly in the current Death Metal climate. So, if you are into Old School Death Metal with both Finnish and American influences, you can give these guys a try.