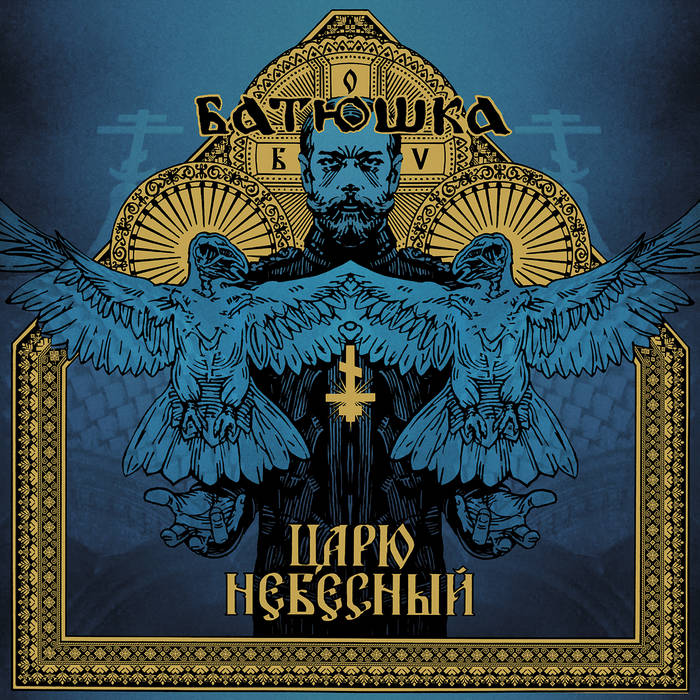 Poland’s Batushka are an interesting creature, both sonically and otherwise. As it stands there are two incarnations of the band, both claiming to be the original article. I will not go too far into detail about that whole drama, as chances are if you are reading this, you know the story already. In this review we will be focusing on Барфоломей’s Batushka and the 2021 EP ‘Царю Небесный / Carju Niebiesnyj’ roughly translated as ‘The Heavenly King’.

The EP opens with a short instrumental, leading into the track ‘Письмо II/ Pismo II’ which begins as a slow, droning piece much in the vein of early My Dying Bride before the drums pick up the pace and take the listener on an unexpectedly Doom-Laden journey. An unexpected introduction to a band labelled as Black Metal. The unexpected ends there however, as the more Blackened elements take over and the pace lifts on all fronts, meanwhile the deep, clean vocals are exchanged for the Black Metal style growls I had originally expected. The further the EP progresses the more varied the musical elements become. Hints of Gothic, DSBM, Doom and even a smidge of Thrash Metal show their heads alongside the Gregorian style chants Batushka has become known for.

Running at 27 minutes over the course of 6 tracks, ‘Царю Небесный / Carju Niebiesnyj’ is an intriguing EP that feels more like a single chapter of a book than it does a complete story, but then again, I think that is what EP’s are meant to be. Regardless of the low scores this release has been given by various sites, I (personally) really enjoyed this glimpse into Барфоломей’s Batushka and look forward to climbing further down the rabbit hole.