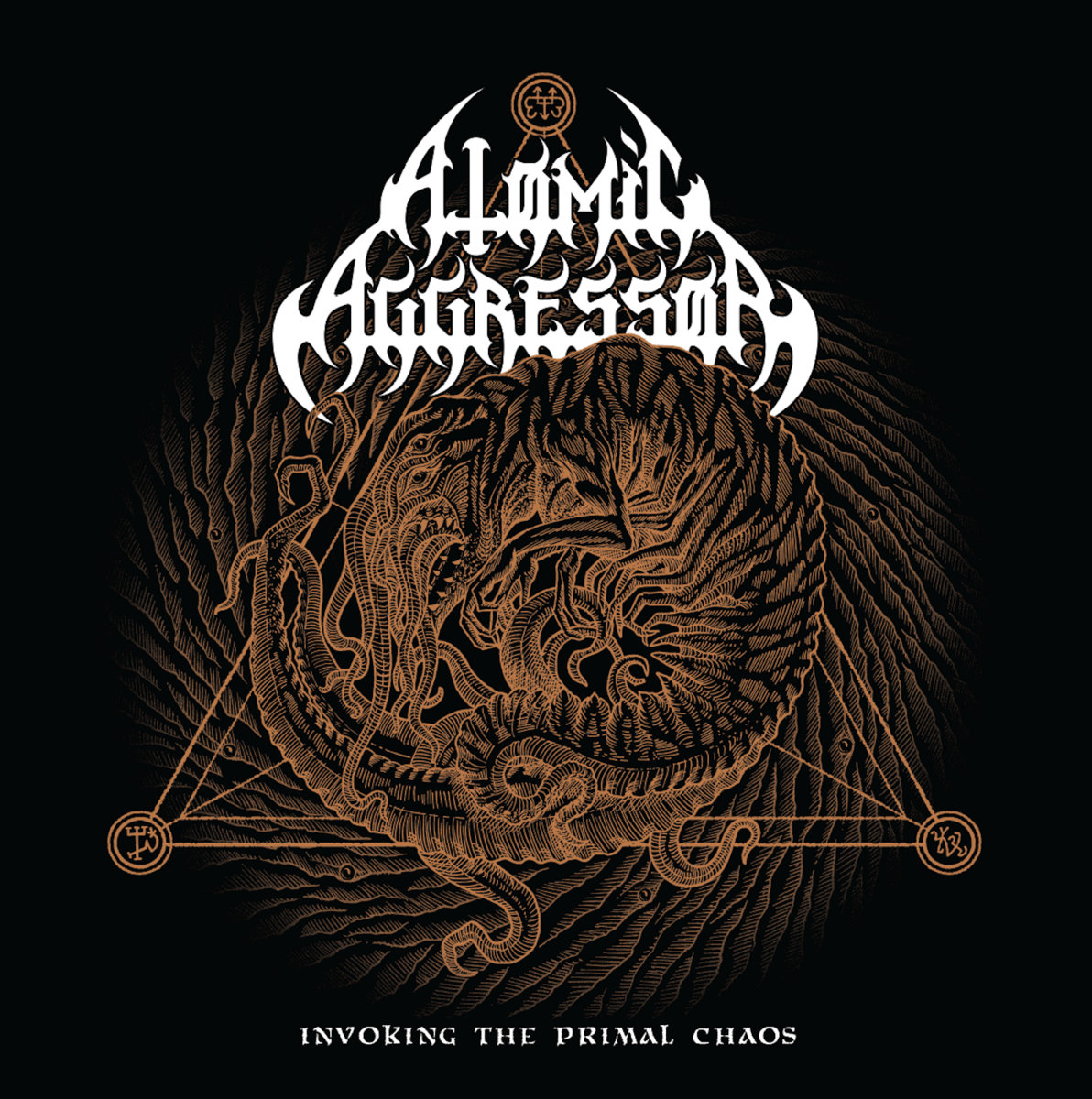 In a world where everything has been done, especially in the many hidden sub genres of Death Metal, the ears can become tired and weary of certain genres, such as the numerous Tech/Death bands that attempt far too hard to out brutal Suffocation. Suffocation is great, but many bands afterwards can be…a bit much at times. However, after listening to Death Metal for over 20 years, my ears are never weary for the more primordial Death Metal in a vein closer to Morbid Angel. Nothing is ever truly original, especially in the year 2021, when Atomic Aggressor’s newest EP “Invoking the Primal Chaos” was released. However, this injected new enthusiasm into these old ears.

I never heard of this cult band from Santiago, Chile back in their classic demo releasing days of the late 80s/early 90s. Upon listening to this Chilean foursome, I suddenly feel as if I am missing out on something. This EP contains four songs of a run-time just under 20 minutes. There are approximately zero second wasted here, as this album moves quickly with very organic feeling blasting and heaviness. While many bands are heavy for the sake of heavy, Atomic Aggressor feels heavier than the earth itself while similar to the Old School Death Metal of the late 80s/early 90s.

While the cover appears to boast something on the more serious side, the music itself transported me to a time where bands such as Morbid Angel could commit no wrong. If you are thirsty for more Death Metal in the old vein with abundant solos, blast beats, character, and enjoyable grooves underlying more outrageous solos, then this fantastic four song EP is for you. While many tech/death bands are attempting to pummel everyone to death with punishing music, Atomic Aggressor are out there writing well written tunes which have an element of fun, especially in the solo department. This EP is highly recommended for people searching for bands to make Death Metal fun again. Make Death Metal fun again!! (Old Man Stares)