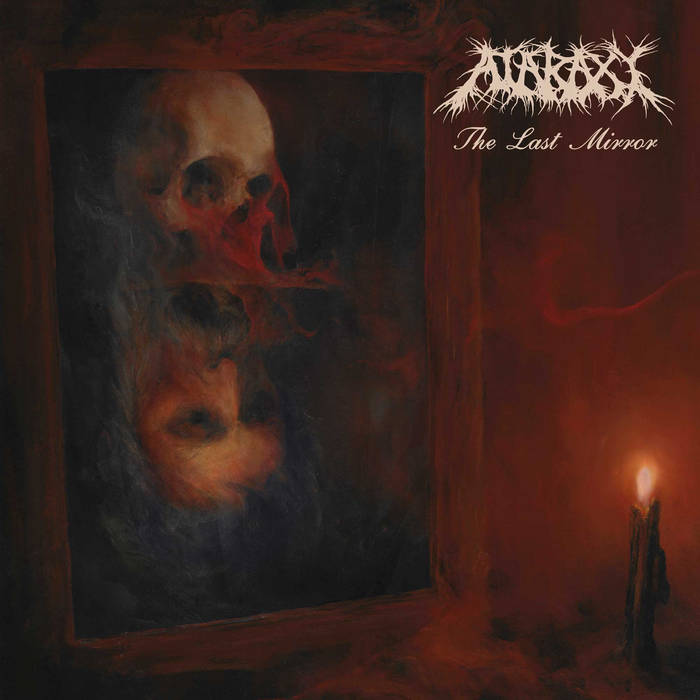 Anyone who has followed the development of this Spanish Death Metal band will speak confidently of a particularly successful transformation. On 2010’s 5-track ‘Rotten Shit’ demo, the band still sounds like a somewhat rough version of Autopsy with some Swedish Death Metal influences. This is also somewhat true on the debut album/EP released later the same year. Soon after, the band developed into one of the most interesting bands from the Me Saco Un Ojo and Dark Descent stables – and in fact from the overall Death Metal scene of around the early 10’s.

With ‘The Last Mirror’, the band has arrived at their fourth album, continuing the course started with the second and by far the best album ‘Revelations Of The Ethereal’ (2012). The raw Autopsy sound has completely disappeared, giving way to a Death Metal sound that is increasingly similar to what Evoken has been showing since their 2007 ‘Caress Of The Void’ album. The slow and atmospheric Death Metal is enveloped in a haunting atmosphere, but offers plenty of room for dynamics and subtle touches. The tempo changes add power to both the fast pieces and the slow ones, offering each other full on contrast that keeps the individual songs recognisable. Still, the album feels like a good and cohesive whole. On the slightly lesser previous album, ‘Where All Hope Fades’ (2018), the balance seemed a bit off and it sounded more like a long rut in which the songs between them were hard to discern. The band also sounds more varied on this new album, the beautiful lead work and atmospheric synths actually adding something to Ataraxy’s sound. But although the balance is starting to tilt more towards the doom and gloom side, there is still plenty to enjoy here for the adventurous Death Metal fan. Also noteworthy is the ever-improving production that makes all the musical ingredients stand out more and more. On all fronts, Ataraxy is a band that is still progressing at breakneck speed and in full development.

For anyone who has been following the band from the beginning and hoping for more of the very earliest work can now drop out for good. Fans of more atmospheric Death Metal in which clearly audible influences from the Doom/Death or even Funeral Doom corner also pop up, can buy this Ataraxy album blind again. On ‘The Last Mirror’, the Spaniards once again show that they belong to the top of the Dark Descent/Me Saco Un Ojo rosters.