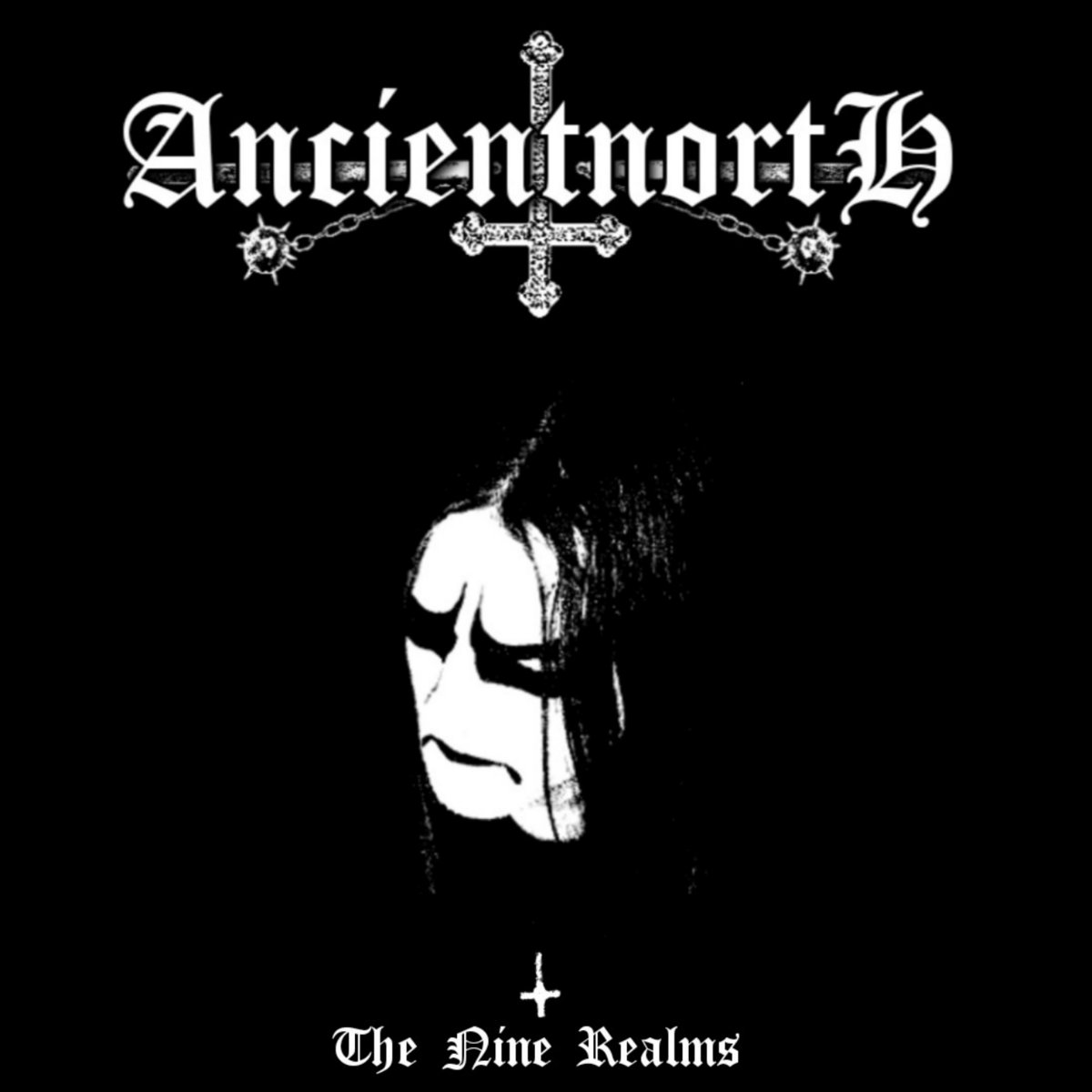 There were only two weeks between the release of this American one-man act’s debut, ‘The Gates’, and the ‘Berzerker’ EP. And now, just two months after that EP it is already coming up with a full-length follow-up, ‘The Nine Realms’. This killer pace is impossible to keep up, you’d think. At least not if you’re not going to compromise on quality. Right?

Where ‘The Gates’ did not leave a lasting impression on me, the two songs on ‘Berzerker’ did a lot better. The first album had a sound that was rooted in the all too familiar Norse sound of Immortal, Darkthrone and Gorgoroth. The EP was much more like a pretty well executed homage to Carpathian Forest and Urgehal. Now Forlorn, the man behind Ancient North, appears to have made another style change and seems to have become the Black Metal equivalent of a chameleon, a black and white chameleon, that is.

On “The Nine Realms,” Forlorn goes full speed ahead, no holds barred. In (obviously) nine songs it showcases lightning-fast Black Metal that, for the first time, does not have an obvious Norwegian equivalent. The sawing groove of ‘Berzerker’ that left me pretty excited, has disappeared again, but there seems to be little in its place. Although I am not afraid of a portion of fast Black Metal, the constantly rattling drum computer starts to annoy me at a certain point. Let’s just say that this does not have the potential of Marduk’s ‘Panzer Divsion Marduk (1999, Osmose Productions) or the faster work of Setherial for instance. It is only towards the end of the album that on ‘Morshamtok’ some throttle is taken back and some breathing space is created and on ‘May My Sword Strike The Cheek Ov The Holy Ones’ even some melody is inserted – albeit briefly. Although for the first time Ancient North seems to have found more of its own identity here and leans much less on the beaten musical paths and prevailing clichés, it is all not very enjoyable.

The one-dimensionality of ‘The Nine Realms’ in combination with the extreme militancy of the drum computer make this a not very much of an enjoyable album. Looking back, the conclusion can definitely be drawn that ‘The Nine Realms’ is the least successful of the current three Ancient North releases and ‘Berzerker’ turns out to be by far the most interesting. As far as I’m concerned, Forlorn has shown that there is potential in him and the project, but it seems he is still finding his way. My tip to him: abandon the chameleon and show your true colours, lower the speel, find back your saw and write those catchy songs!