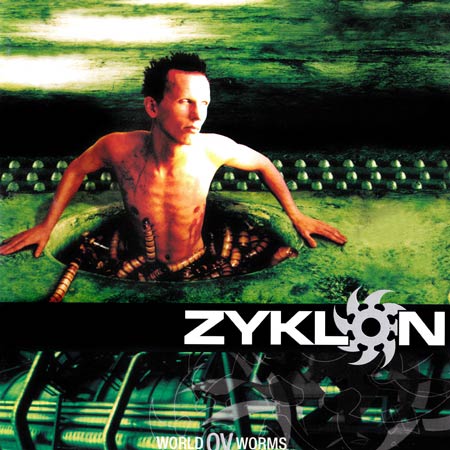 After a time of average black metal releases it looks like its a better time again, with great releases of Cadaver Inc, Diabolical Masquerade and now this one. When I first saw the cover of this cd I expected industrial metal like the last Dødheimsgard. But when I listened to I discovered it’s just great black/death metal. This band is raised by Emperor guitarist Zamoth and I first thought it was a continuation of Zyklon-B but later I read this wasn’t true. Zamoth has obtained a good line up arround him with Daemon (Limbonic Art) on vocals, Destructhor (Myrkskog) on guitars and Trym (also Emperor) on drums.

This album grows every time you listen to it and within the chaos I still recognise new things. The vocals are very good but you have to like them, it’s not really like Limbonic Art because Daemon uses more lower vocals (nearly grunting). On Chaos Deathcult there are even some female vocals (not singing but talking). They suddenly sound very futuristic on the fifth track with strange keyboards but this is only a part of the song. On the last track there are quest vocals by Garm (Arcturus & Ulver). The track is a good closing on the album because it sound very atmospheric (something like Emperor). This is a great album and it can be described as a mix of black/death and no regular keyboards but more Ulver-like ideas. The only lesser point I can give is that it gets a bit boring after a while, maybe 40+ minutes is too long for this kind of music. (Sander)