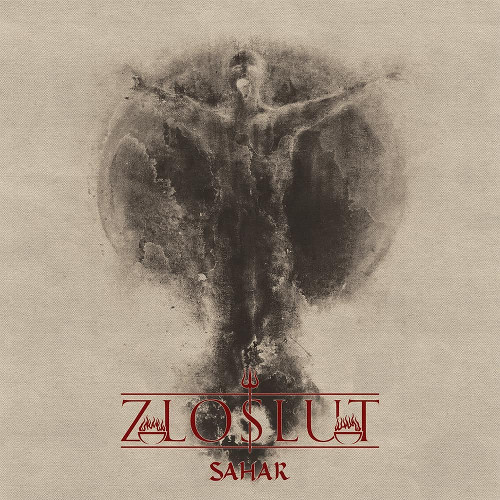 Hailing from Belgrade, Serbia, Zloslut started it’s life in the year 2010 as a one man band, Passion project, that was actually quite productive over a relatively short span of five years. Releasing a few singles, taking part in a couple of three-way splits, throwing out an EP and even two full lengths. All by himself. But then, in 2016, Agnarion decided he was lonely in his adventure and came up with the idea to invite some people in and form a full band. Enter Inomatanas to handle bass duties, Nav to take over the drum throne (although Blastum is listed as tracking the drums for this album) and Yersinestis joining in on guitars. While Agnarion handles only guitars and vocals now.

Now we find ourselves in 2019, where we are graced with a brand new full length in the name of “Sahar,” the first full band release of Zloslut’s career. Within “Sahar” we are graced with some rather abrasive and majestic Black Metal that flirts with a true second wave love while still sounding like something fresh and new. It’s like going to the store and finding those pair of new jeans that feel just like your worn out, favorite pair: new yet familiar. Their sound is firmly rooted in what most people would consider true Black Metal, a sound that thousand of bands have used and, for most, abused, poorly. Yet Zloslut take that, almost generic now, sound and mold it into their own fine art black magic, that is not generic sounding at all. Adding elements of their influences from outside the realm of Black Metal and from within, taking them and morphing them seemlessly into their own blackened gorgeousness.

Zloslut’s “Sahar” is Black Metal, it’s abrasive yet beautiful, it’s jarring and angular while being comforting and smooth. Now, the few things that are glaringly obvious when it comes to not sounding true to the second wave would have to be the tones on this album. Missing is the basement mix and in it’s place is a crisp, clear; yet still abrasive sound. Where everything is audible, present and distinguishable. Gone are the buzzsaw guitars, replaced with, still, harsh tones that are also quite pretty. The bass thumps and is upfront in ways that tickle the senses and the drums are audible as can be, every hit and nuance is present and clear. So, not your typical Black Metal but so welcome and familiar and really well done. In the end, Zloslut’s “Sahar” is a really good and quite beautiful black metal album that almost anyone can enjoy and with it’s slight differences makes it stand out from the crowded crowd. (Ben Schultz)