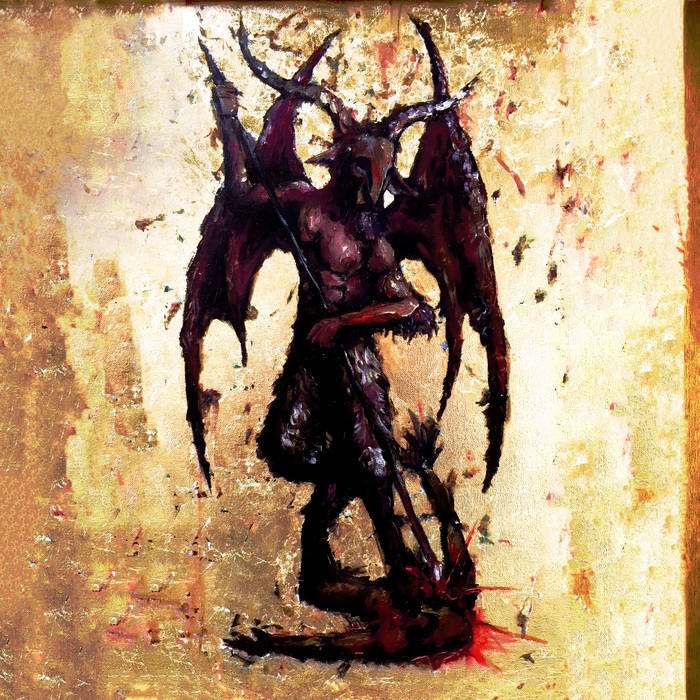 An unannounced visit to the heavens …

The second opus of Xarzebaal. As with its predecessor, the magical combination of pounding drums / stomping boots on wooden coffins, subwoofer basses and a suffocating guitar sound remains untouched.  The only difference are the additions of extra and different textured guitar chords and the subtle use of keyboards, far down in the mixing. Drums have also slightly changed in a more flexible and variable sound. All 7 untitled tracks are still fast paced and completely insane. The fact that they are nameless isn’t one of those ‘underground’ trends, but a simple gesture to use your own imagination.

Vocals (sic) sound like a raging beast going ape shit in his cage or a heretic getting a VIP treatment by the Spanish Inquisition. The suffering, the agony, the bewilderment. There’s a lot of new variation to be found / discovered in all these untitled songs, as well a new dimension to their music. No boredom, just plain sickening adoration and excruciating excitement.

The overall impression of opus “II” is its ever growing hellish feeling …again: this is an unique recording. And to conclude: the production is top notch again. It shows how raw Black Metal can be produced to the extreme limits of the genre and using the full potential of the Compact Disc-format.