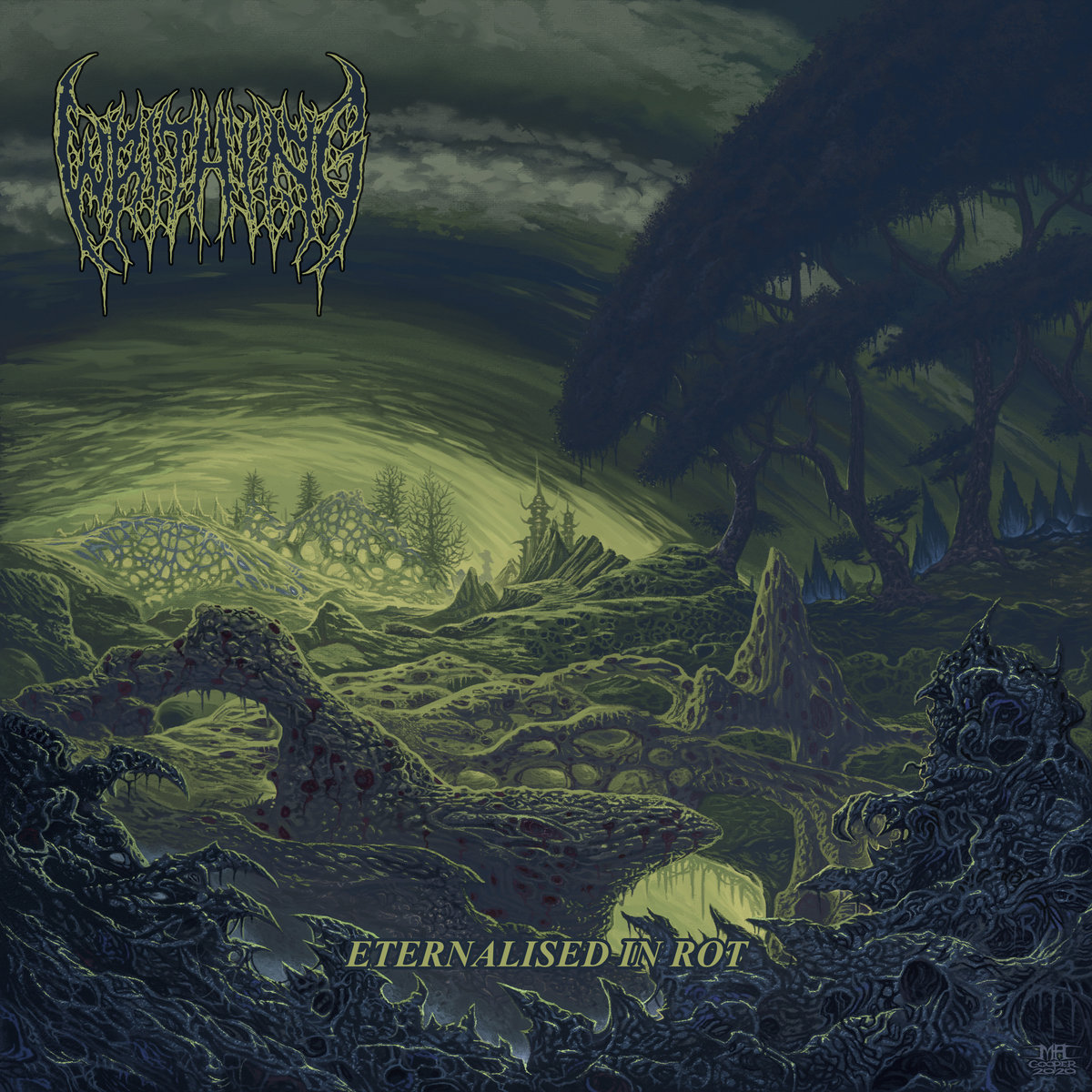 A little secret here, and hopefully Ricardo is off watching the soccer or brewing some mystical beverage or something so he doesn’t notice. Yeah, I’ve reviewed this for another site already a while back, maybe he know this, after all he does have magical powers and all, I once saw him turn some barley, hops and water and maybe some sugar into some sort of alcoholic drink, but that is another story for another day, but don’t tell him anyway okay?

So why the fuck would I review it AGAIN. Well it’s actually quite simple, first and foremost I am an Aussie, and I like to support great Aussie bands. The second reason is that even though only two songs in duration, “Eternalised in Rot” is an absolute belter of a release. The third reason I forgot is because I drank some of that brew that Ricardo made and now only possess one brain cell, and I’m pretty sure it’s drunk as well.

Nah, serious time. I know these dudes come from Melbourne (and we like to call people from Melbourne ‘Mexicans’, as they are south of the border haha), and that they like Death Metal. Their form of it is not entirely unique, and yet utterly engaging at the same time. Somehow you find yourself captivated, and then like a brief and furious summer storm it is over. Of course the ability to tune in to something short and quick is a must these days, we all like a soundbite or a quick summarization of what we hear, but when you hear excellence of this kind, you wish there was more.

Hypnotic sort of really, and you will probably even miss the point where song one “Void of Derision” becomes the title track “Eternalised in Rot” if you aren’t paying attention. Is this a bad thing? Fuck no, just do what I did, and hit repeat every time it stops, and also buy the bastard, because it is well worthy of sitting in your collection, and the more copies you fuckers buy, puts them closer to releasing a full length hey! You want more, and so do I. Go on, admit it now that you have snuck off and had a listen, you DO want more!